A Love Story Against All Odds: Seun & Akin Wed

Akin and Seun first met in 2000 when Seun, on holiday from University in England, went to the University of Lagos to visit a friend. They became friends and kept in touch after Seun returned to England. They called each other every now and then and emailed a lot – Akin had a girlfriend at the time and Seun was also in a relationship so their relationship was platonic.  Seun relocated to Nigeria in 2003 and by then they were best friends – she was single and so was he.

One day Akin told Seun that he would sometimes pray to God to give him a girl like her and that for him to actually have her would be a miracle. And their love story began.

This couple’s journey to marriage has not been easy. They have had their ups, downs and break ups. One break up was due to the negligence of a doctor who told Seun she belonged to the AS genotype group. As Akin also belonged to that genotype group, they decided it wasn’t worth the potential heartache that could come of this union and they went their separate ways but still remained friends. Seun fell ill and had to have blood drawn and the results of that test showed she belonged to the AA genotype group. 4 tests later, the results were the same. Seun and Akin got back together and the rest is history.

Their wedding and reception was truly all about the couple with the formal part of the reception lasting about an hour and the rest of the day was spent dancing and having fun with close friends. The couple’s unique mix of blue and brown as wedding colours provided an excellent accent to all the elements of the day. The bride’s beautiful corseted fishtail wedding dress with a flower embellished sleeve by designer Valerie David (Kehinde Ejiogu) was stunning and the groom was suave in his dark blue suit and light blue tie while the bridesmaids looked lovely in their blue Grecian-inspired dresses! To top it off, the wedding was organized by Twist!, a new events consulting company co-owned by the bride and another BN bride, Uzo Orimalade

Seun & Akin’s love story is so inspiring! Wishing them all the very best as they start their life together. 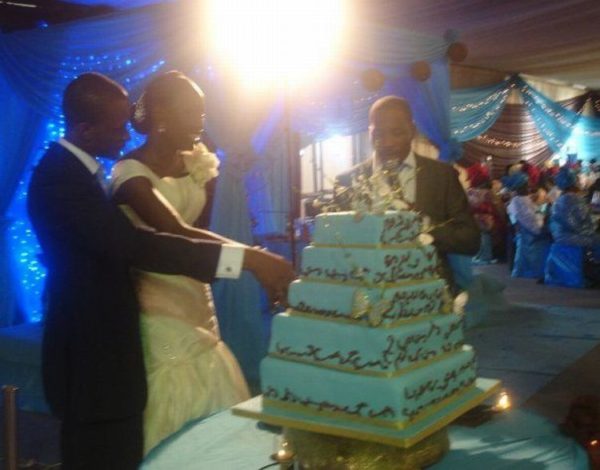 Seun & Akin cut their cake as Tee A cheers them on

The blushing bride and her beautiful bridesmaids

The bride Seun poses with the groomsmen 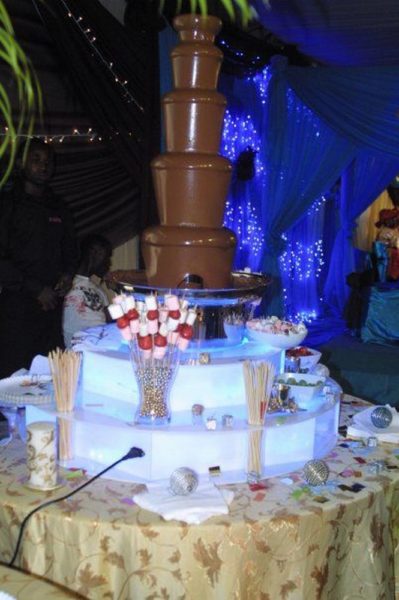 A yummy addition to the wedding party 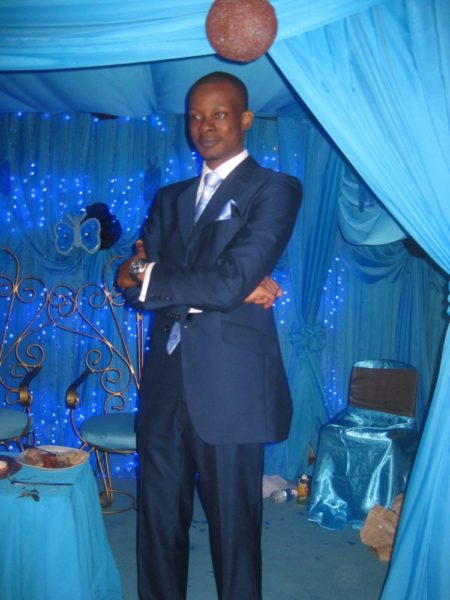 The groom Akin strikes a pose

Nneka – The New Postergirl of the Afropean Music Movement