BN Prose: The Burning of Embers by Abby Beckley 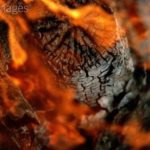 I had to learn to stop crying for the loss of my mother. But one cannot really lose something that they did not have in the first place so better to say I had to come to accept her absence. Even though I saw her every day she was absent to me. For all of my life since I can remember back my mother was a snake of a parent to me, after all you do not see a snake with it’s young, when it has given birth if it should cross paths with it’s child it would just as soon kill it than raise it.

As a child I used to wonder why did my mother not just kill me or give me away or leave me outside a church or orphanage. If she had done that I think I would have a better life than the one she punished me with.

I used to look at my older brothers and sisters, there are seven of us, it is true I do not resemble any of them; most take after my father only two out of us look like my mother or her side of the family. I would think is this why? Is it for this reason that she hates me, because I resemble somebody in her family? Somebody I did not even know and over something I could not control. What was I supposed to do about my face? Whenever she abused me it was always my face that she started with; ‘Take your filthy, lying eyes from my face or I will pluck them out for you,’ ‘Look at your skin, black like a devil because the devil’s heart is in you,’ ‘You have a narrow nose like a rat so people will know you are a thief, vermin,’ ‘Stop smiling, when you show your teeth you look like the corpse of Iya Al’akara, the witch,’ ‘Your hair looks like a masquerade has sat on top of your head.’ Once she started she would not stop until she was beating me with whatever she had in her hand and my brothers and sisters would have to step in and pull me out from under her grip.

What would I have done to deserve the sudden attack? Sometimes it would be something as unpredictable as me catching her eye after she had been staring at me. She would always stare at me and the more she stared the more her temper would swell like beans in a pot of boiling water. It did not take me long to learn to be wherever she was not. At times I think she would search for me just so she could watch for me to aggravate her.
My oldest sister, Adunni would try to protect me from the worst of it, she would always put food by for me if my mother decided that I would not eat for the day, and when the rest of the house had gone to bed Adunni would shake me awake from my hungered sleep and take me down to the kitchen.

“Eat,” she would encourage, “When you were an infant it was so very different,” Adunni sometimes mused as she would put ointment on the scratches and swellings I received from that day’s beatings. “Mama carried you around all the time and would hardly ever let anyone else hold you; she breast-fed you for the longest too.

“But you have to mind yourself, why do you anger her so?” she would admonish.

I could give no answer, in fact I spoke rarely, my sight alone drew infuriation, my voice which was gravelly and low like the rumbling of an angry dog or the vibrating sound of an old engine, at least to my ears, sent her into a rage that would inevitably bring on a migraine.

My father for his part had very little to say on the matter. He worshipped my mother, any thing and everything she did was acceptable to him because she was his living, breathing deity. There was not a single morning of his existence since she accepted to marry him in which he did he not wake up and thank his family orishas because she stayed with him and had given him seven children.

In her day my mother had been the great beauty not just of this town but was of renown in the neighbouring towns and villages besides. Many had come to my grandfather’s compound seeking to have her hand, others had come to simply see for themselves if her famed looks were worthy of all the talk, those she had rejected had gone away and spread tales of her being a mermaid or some sort of seductive spirit. But none of these stories had dented the fervour with which she was sought. Then my father, a wealthy landowner’s son who was also the wrestling champion in his village had come along; what he lacked in looks and intelligence he made up for in wealth and dedication. My mother saw he would give her a comfortable life and had accepted his proposal.

It was my older brothers and sisters who had told me this tale of my parents’ courtship although I had come to my own conclusions about why my mother had accepted my father. Observing them as a couple it was plain to see she ruled our household unchallenged.

The strangest thing was that although she detested me with such ferocity she would also not allow me to be too far away, where I did my best to stay out of sight I would hear her enquiring as to my whereabouts, anything further than the next room was unacceptable. I did not go to school like my other siblings, instead a tutor came to the house and she sat in on every lesson. On the rare occasion that I got an answer wrong I would feel her bristling in the corner. One afternoon I overheard the tutor insisting that she put me in school at an advanced level, when his insistences became too frequent she sacked him and found another tutor, a former lecturer at the local university.

The first time this man had come to the house and was introduced to me he had stared hard at me, his eyes opening wide in alarm? Recognition or confusion, I could not tell. Then he had looked at my mother, she gave him one of her imperious glares, even after seven children her looks could still bring men to heel.

“We are paying you by the hour Mr Oyelowo,” she said in a cold voice. He quickly shook himself out of whatever stupor he had been in and set to readying himself for the lesson. It did not pass my notice the way he would surreptitiously glance from me to my mother sitting on her cushioned armchair in the corner. After two more lessons Mr Oyelowo was replaced by another university lecturer but this one was from an institution in the east.
Early one morning, three days before my fifteenth birthday somebody came to the house, it had been nearly three months since Mr Oyelowo had been replaced. My father was at a conference in Abuja, only three of us remained at home as the rest of my brothers and sisters had either married or were studying abroad.

“THEN YOU MUST KNOW THE PAIN OF LOSS AS I HAVE!” I heard my mother shriek in a voice so twisted with anguish it jolted my mind to consciousness from my restless slumber. I heard a man’s voice, deep and rumbling like the sound of distant thunder.

“No!” I heard my mother yell, “What you turned your back on has disappeared from your sight and can never reappear!” I was beside myself with curiosity as to who it was that had shaken my mother out of her long established composure. I jumped out of bed and snuck to the top of the staircase, my two sisters and brother were there already and they all looked at me with strange eyes, as though I had woken up with a different face. From my position I could not see the man but could make out that he was tall and dark-skinned, he wore a buba and sokoto with easy elegance, his voice as he spoke had a soothing timbre, I could see my mother quite clearly, she looked half-wild and half desperate. She appeared to be fighting an internal battle between scratching the man’s eyes out and pulling him into an embrace. In her indecision her eyes caught mine and she gasped. The man followed the direction of her gaze, and when I saw his face and the liquid longing in his eyes it all became suddenly very clear.