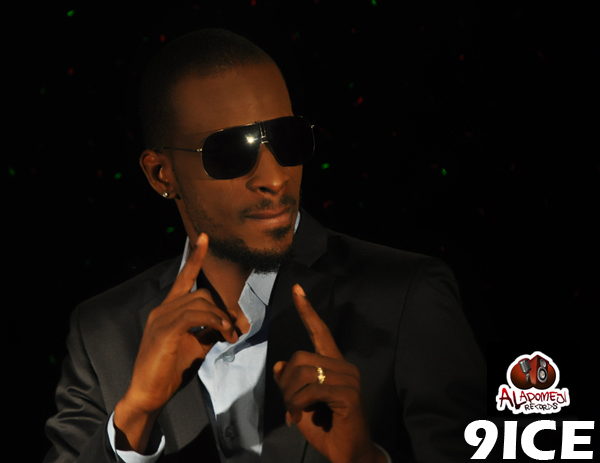 Music lovers everywhere have been eagerly anticipating the release of 9ice‘s new album all year! Now, we finally get a chance to listen to the first single from the new album ‘Tradition‘. The song is entitled ‘Gbamu Gbamu‘.
Read more details from the press release below and have a listen to the song!

A fusion of proverbial lyrics in his mother tongue (Yoruba), a danceable tune, and a unique style that is known to belong to 9ice, Gbamu Gbamu gives a brief insight of what to expect from TRADITION. In Gbamu Gbamu, 9ice sings about how happy and content he is with his life, career, music and achievements. To start off the first verse it is clear he wants to audience to get up and dance as he tells them to put on their dancing shoes, and move their waistline while getting their groove on. He gives us a brief background history by stating matter of factly that if you want to know his “trick”, go back and ask for “omo Iya Agba ni oke aro” telling us in essence that, he may be 9ice but he has not forgotten his roots.

The track which was produced by ID Cabasa, is clearly a 9ice track and just the tip of the iceberg on what to expect on Tradition. Not leaving out his usual style of teaching and inspiring the listener through his music, 9ice makes statements such as “Ti oju Ba farabale a ri imu” ( a lesson in patience), and “Ifa Fani Lapo Ya, ore ma ma mu yo” ( a lesson about greed).

9ice, who is one of Nigeria’s hottest megastars and one of the youngest connoisseurs of our traditions, proves without a doubt that he is a force to be reckoned with in the music industry. And as he said in Gbamu Gbamu, “as you pose, na so you go show”, you just cant fake real talent.

Related Topics:9iceMusicnew music
Up Next

Events This Weekend: Against All Odds | Tarzan Monologues | WLFF’s Out of Africa