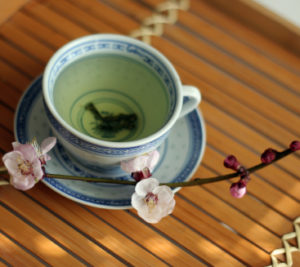 Ask me. Ask me, I dare you, you filthy, greedy, cheating, chauvinistic a**. No I will not have dinner with you when you and I both know the only reason you want to feed me is so I can be good and fuelled up for what you have in mind later. You pay for dinner with cash and I say thank you with my body? I do not think so; I especially do not think so because you are M-A-R-R-I-E-D. Let’s just spell it out because that’s what you are. At home, probably, there is a woman who has borne you children, cooked you food, washed your clothes, worried for you, cried over you. She has pledged to share what is left of her life with you, to create memories with you, to forsake all others you horrible, lecherous git and you have the freaking audacity to sit in that chair, playing with your expensive fountain pen and giving me what you must think are “come and do” eyes. How dare you proposition me? So dinner and then something will land me the job abi?

Time to respond: “I’m afraid I’m not available for dinner this or any other evening this week. I have prior commitments.”

Look at his foolish arrogant smile, he actually thinks I’m playing hard to get! That underneath it all I have some interest in him. The man is almost the same age as my father, in fact my father’s connections got me this interview. Is it wrong for a woman to be ambitious? Why must she open her legs to open the doors of her career? I refuse. Even if this man were single I would refuse but his being married makes him a complete no-no. Ah ah! God forbid bad thing. I, Omotayo Oyerokun, sleep with a married man– impossible.

At least I thought it was impossible until I met him. He wasn’t even my type. I like my men tall, ebony-skinned, lean with muscle, brimming with confidence bordering on arrogance and most importantly single, available, unattached, on the market and every other synonym that means they have no significant other.

I had been sitting in the waiting room of yet another multi-national company, mentally preparing myself for yet another interview and hoping against hope that the person who interviewed me would be a woman and would see my skills and not my skirt when he popped his head around the corner and said to the nice receptionist, “Deola! Where’s my tea?” She rolled her eyes but gave him a smile and got up. “I’ll be back soon,” she said to me as she made to follow him through the door which he had come from.

“Ah ah, dey no hear of Women’s Liberation round here? He’s got two feet and a heartbeat let him make his own,” I joked to her in what I thought was a whisper. Evidently I had underestimated the volume of my own voice and he had heard. In the next minute my view of the wide screen television on the opposite wall was obscured and he was standing before me with his arms crossed.

“Ehn hehn, so you want to champion Women’s Lib in Africa abi? For that you can make me the tea!” he bellowed.

I didn’t even check his face I just looked to Deola for some sort of help. She giggled then said, “Chidi, leave the poor girl alone. I will make your tea.”

“This is not a poor girl oh,” he disputed, “A poor girl doesn’t have mouth like that! Two feet and a heartbeat ko, four legs and a liver transplant ni.”

By this stage I was so embarrassed I had been stunned into silence – quite unusual for me. He took no pity for my obvious discomfort and just stood staring at me which was when I took the opportunity to get a look at him.

He was medium height, quite a strong yellow hue to his brown skin. His hair was cut in one of those afro-mohicans that I really don’t feel – it’s a bit too nouveau riche footballer for my tastes. He was stylishly dressed; he could have literally just stepped out of a Ne-Yo video or something. There just seemed to be too much effort in his appearance so I was immediately put off, then of course glinting on the ring finger of his left hand was a thick platinum band, there was writing engraved on the band, perhaps his wife’s name or the date of their wedding or something just as sentimental.

As a package most of my brain immediately said no but remember what I said about arrogance and the fact that he was standing before me demanding that I make him tea? It was like a Thomson’s gazelle shaking it’s butt in front of a hungry cheetah singing “Whatchu gonna with all my  junk, all that junk inside my trunk?”

I felt my shoulders bunch up with tension and anticipation, I looked him squarely in the face and said, “If you expect me to prepare you tea you should know that were you to fly to China, sow a whole new crop, harvest the leaves, dry them, bag them and bring them back to Nigeria I would still not have got off this chair to make you a cup.”

I saw his eyes widen in amusement.

“Ah ahn! It’s like that ehn? You know you this girl; you talk too much.”

“So you won’t make me tea?” Chidi asked.

“Wait, what department do you work in?” It suddenly occurred to me that if he was part of the decision making team over whether or not I got a job with this company I had just totally ruined my own chances. Me, my self-righteous feminism and my big mouth.

“Marketing. And you’re here for the ten-thirty interview,” he told me with the smuggest of smiles.

I made to get up, “I’ll just leave now shall I? Go and look for the next flight to China? You like Jasmine or just plain old black tea?”

He started laughing. “Follow me,” Chidi said. As we walked down the corridor we passed a number of offices until we came to the end where he turned into – the staff kitchen.

“Lipton will be fine,” he said, “Milk and one sugar, thanks.” With that he left. I stood there for a short while wishing oh so hard that I had a rewind button on my life. After I made the now hateful tea I wandered back down the corridor unsure where to go till I heard him call me by my full name, middle names included. He must have got hold of my application form and CV.

“In here,” Chidi called out. I entered the office and placed the tea on the table in front of him – my third choice of places to deposit that hot beverage. “Have a seat,” he offered.

I sat and we talked. We talked over lunch, and talked over dinner and still we talked. He had been married for four years and had a son, he showed me pictures. He was half Igbo and half Yoruba. Chidi Akinola. Chidi Akinola who laughed heartily when I joked and spoke with a searing honesty; Chidi Akinola with whom I felt immediately comfortable and let down my guard… It did not matter that we both disagreed strongly over the worthiness of Shina Peters’ contribution to the Nigerian music industry at large – for me waste of space, for him Afro-juju was highly relevant, in every way that seemed to matter; we clicked. The click was so strong I felt sure they would have heard it in Zamfara.

When the talking stopped we found ourselves in the boys’ quarters of my parents’ house which was where I stayed. At that point things were weighed so heavily in favour of the inevitable I think it would have been near impossible for me to halt it. My body overruled that little voice in my mind telling me what I was about to do was wrong, and did so with such forceful alacrity it was as though something had possessed me and was holding the reins. The act in itself was incredible, so wrong and so wonderful that at the finish I could not feel ashamed. I tried to submerge myself in guilt but I simply could not feel any. Neither could he. Our coming together happened so naturally, so blissfully it was as though his marriage was the mistake and not our adultery. Afterwards, I tried to work out the precise moment when my principles dissolved and I lost my sexual morality. Was it in the office when he stood before me? Was it over dinner? Had it been gradual or immediate? Whenever the point had been I, Omotayo Oyerokun had slept with a married man and would do so again and again until his marriage shattered.

Relief for Jos – Let Us Make A Change!