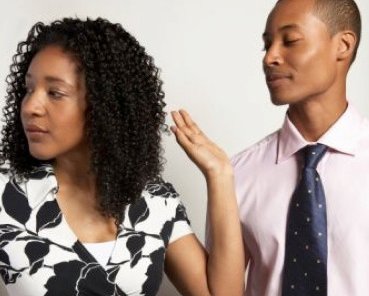 For eons men have felt like they ruled the world. They cough and their mothers halt mid-step, they say jump and their wives ask “how high”? It is amazing sometimes to watch a proud man as he walks into a room. His wide but slow and steady strides signify his implicit dominance, his arms arched inwards to suggest the contour of perfectly framed muscles and his eyes squinted slightly as if to suggest the allure of some deep sexuality.

Men! They will never seize to amaze me. I know many Bella Naija readers may have already branded me a man hater, but the contrary is the case. I love men. In fact I am fascinated by them. There is nothing more alluring than a man who knows who he is and makes no apologies. Despite my fascination, men also never cease to amuse me. For some reason, the world has got men fooled into believing that they are smart. Yes, yes, yes. Our men do have brains. They go out every day, hustle and bring home the goods. They can fix a flat tyre in mere minutes and are quite handy to have around when you need to get something off the top shelf. So I am in no way questioning the intellectual suppleness or usefulness of the male gender. This is something a warm blooded female like myself would never attempt to do.

However, I do question their social aptitude when it comes to my own gender. It really does seem like for the centuries in which man and woman have lived side by side they are still unable to grasp the key to understanding a woman. I don’t blame them though. Women are evolving creatures. The typical roles of women which existed years ago have been torn down and replaced by new ones. Gone are the days where women sat at home and catered solely to the needs of their husbands and children, today women realize that they too deserve to be taken care off. GO WOMANHOOD!

So while men have been playing the same old tricks for donkey years. Women too have now come up with their own tricks and list of wants and needs. If a man wants to be fed, he must provide the money for said food. If a man wants to be pleased physically, he must be willing to do same for his female counter part. If a man cheats so can a woman. If a man fathers children outside the home, married women too can get pregnant for other men and pass off the children as her husbands. It really is fantastic! So with this in mind you can imagine why I have to stifle fits of laughter when I come across any guy that thinks he is a playa. As in, I look him square in the eye and in my mind I am thinking “Dude are you for real? I will school you right now and still have time to go out with a real man later”. It’s like they think we women are wet behind the ears.

“Yes, I got her pregnant but it’s you I really love”

“I slept with her once but she means nothing to me”

“I don’t like her, I only accept her calls because it would be rude not too”

These are just a few excuses these so called ‘playa’s’ use. It’s quite amusing really. Not just because I am usually on to their games but because for some reason men think they possess the sole trademark rights on ‘playaness’.

A while ago, I met this guy who I thought was kind of cute. But like I always tell BN readers, my mother didn’t raise no fool. I did my checks on the guy and found out he had a babe he’d been dating for well over 5 years. Now the normal thing would be to question the guy about this, but really where is the fun in that? I decided to play dumb. So he kept calling me and giving me sweet raps. I wont lie his lyrics were good for my ego and talking to him was useful to quell boredom. In his mind he must have been thinking “gosh, this girl is so easy to fool” meanwhile I was thinking “this boy still has plenty growing up to do”. Anytime he suggested we go out, I’d make sure one or two of my girlfriends stopped by so he would end up buying all our drinks or paying for the food. This went on for a little over two weeks and I started feeling bad and decided to cut him off. I guess he must have started getting a bit frustrated by the non-physical nature of our relationship and so decided to play his joker card. So one bright early morning, he called me claiming he’d dreamt we’d gotten married and had 3 cute children. He also added that he felt the dream was very significant because he had been praying about finding a wife. I almost wet myself laughing! But of course all I did was coo softly into the phone like a woman falling in love while I narrated my own story about my prayers for finding a spouse.

Unfortunately, for him, his girlfriend’s birthday was approaching and he told me some story about having to go to Abuja for a meeting. He even made a show of pretending to call me from the airport and switching off his phone for an hour to suggest he was actually on the flight. Off course he almost had a fit when I walked into his girlfriend’s birthday dinner party later that evening. I walked in with my own date and even took pictures of the lovely couple as they both cut the birthday cake. He never called me again. And just incase he ever tries to make out like I was the one chasing him or that he got something out of it, I saved all our BB conversations. Two really can play that game!

So my advice to all the so called ‘ballers’ out there is simple. Don’t be deceived. Do not mistake the silence of a woman for foolishness. Just because we women sometimes choose to play along with your silly games does not mean we aren’t up to our own tricks. What men don’t understand is, if you are cheating on your wife or girlfriend, she is usually aware about your infidelity 95% of the time. She only chooses to stay with you because she is too in love with you to see past her own nose or she doesn’t think there is any better out there. But one thing is for sure, one day she will wake up and find a man worthy of her and will leave your rotten behind in a flash. Always remember the age old adage “what a man can do a woman can do better”. Believe me there is hardly another sentence in the world which carries more truth.

Being FAB is Being Free! FAB Magazine is back with “The Emancipation Issue”