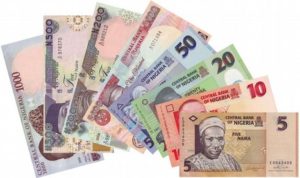 I have always hated mathematics. Always. Right from learning my multiplication tables in primary school to learning algebra in secondary school. I couldn’t think of a more pointless subject. Unlike English. I fell in love with English from the very start…‘a noun is the name of a person, an animal, place or thing’. I can never forget that phrase, the use of verbs but even more importantly the use of adjectives and the correct phrasing of sentences. I particularly remember how my English teacher stressed the difference between using the word borrow and loan in a sentence. I think subconsciously she might have been preparing us for the real world filled with borrowing and loans!

I’m not sure if the credit crunch is entirely to blame but everyone seems to be borrowing money these days. Now before you all pounce on me, let me state categorically that I do not think there is anything wrong with borrowing. In fact, I personally have borrowed off friends and family during hard times. So this article isn’t about that. But I think the most important part in the transaction of borrowing is the paying back. If I borrow 5 naira from Jibola Lawal our music editor, I must have intention of paying it back within a certain timeframe. Unfortunately this is a rule of thumb many borrowers have chosen to ignore, and it saddens me to say this, but females seem to be the biggest culprits of this crime.

Recently, a friend of mine told me of how he loaned N250,000 to a female friend of his. Apparently, she had called him up one day crying and asking him to please loan her money so she could make up her rent payment. Seeing as she was a friend, he willingly gave her a cheque for N250,000 on the premise that she would pay back in a few months when she had received her ‘upfront’ payments. That was 2 years ago. Up until about last week the lady in question had refused to pay him back the money. She had gone through every excuse in the book to avoid paying him back. From outrightly denying that he loaned her anything to claiming that he had given her the cash as a gift because they were dating at the time. According to my friend, he reminded her that they were never in a relationship (although he does admit that bedroom activities did take place, there was no commitment involved) and promised her that even if it took 5 years he would get back every kobo of his money.

Last week Thursday, while having drinks at a cozy spot in Lekki, my friend spotted the runaway borrower talking to a mutual friend. As he began to approach her, she noticed him coming towards her and made to walk away. So he snatched off her car keys which she had on a tag around her neck….and in that short moment the lion had finally caught his prey. My friend refused to hand the lady back her car keys until she had paid him back his money in full. He took the keys and sat down with his friends having drinks while the girl sent everyone in the bar to beg him. After over 2 hours of begging, he finally agreed that he would only release the keys if she signed an undertaking setting out the terms of the initial loan and the new terms of payment. Seeing that there was no longer any room to hide, she agreed, wrote out an undertaking as requested and signed it. Today she has dropped off a post-dated cheque for the full amount payable in July 2011.

Another friend of mine also told me about how he loaned a friend two thousand dollars. When time for payment came, she came to his house slept with him and never talked about the money again. Anytime he brought up the topic of repayment, she would say in a coy voice ‘but baby I have already paid you back!’

If I am honest, I actually feel a bit embarrassed when I hear such stories. In this century when women are fighting tooth and nail to stand as equals alongside their male counterparts, we still have these examples of women trying to ride on the coattails of their feminine ‘bedroom’ prowess. If you ask someone to loan you money, you should pay them back; it is really quite simple. You should not start using bedroom activity to dodge your creditor! Yes, we all know circumstances change and even though you may really have had the intention of paying back within a specified time frame, something can happen to completely alter that. But when that happens you should speak to the person in question and explain the situation. Truth is everyone needs cash, so taking someone’s money and jetsetting is quite unfair and selfish.

So here is an apology to all men out there who have generously loaned a female friend some cash only to receive ‘stories’ when time came for payment. Abeg make una no vex! And to my female culprits, be warned oh…these men are on to your schemes now! As my English teacher also taught us…. “everyday is for the thief, but one day is for the owner”.