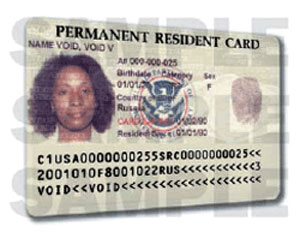 “I’m going to call the police on you, and you’ll be deported back to Nigeria,” the voice yelled out at me from behind the door of our crowded bedroom. “I’m tired of dealing with you. Why can’t you do it the way every other person does it? Don’t expect me to keep harbouring you in my apartment, useless thing. Go out there and make something of yourself. Stop waiting for supernatural intervention, because it’s not going to happen.”

I opened the door slightly to take a look at Adanne, but before I had a chance to see the angry red face of my light-skinned elder sister, a high heeled leather boot flew in my direction. Luckily, I was able to hide behind the cranky unfinished door before it hit my head.  The boot cracked the poor quality wood door before it rested peacefully on the rough, worn carpet. I took a deep breath, relieved that I had managed to avoid potential injury.

“You won’t be so lucky next time, and remember you don’t have health insurance,” she screamed, banging the fragile door. “Don’t bother coming into this room tonight. Go and find somewhere else to sleep.”

I leaned against the door shivering. The vibrations caused by Adanne’s violent bangs on the door made my heart beat rapidly. I knew I wasn’t safe, because she could burst through the door at any time, hurling objects at me or possibly beating me up with her strong hands the way she’d done several times in the past, but I was reluctant to move away.  Where would I go to at one AM in the morning? The bus and train stations had already closed for the day, and I didn’t even have a car, not even a driving licence.

I slumped down to the carpet and cradled myself in the fetal position, waiting for Adanne to calm down. Her outburst has become more frequent and more violent ever since she started working as an insurance sales person, and, unfortunately, I was always at the receiving end of it. She just recently included the threats of deportation in her outburst. During her last outburst last week, she picked up the phone and dialed 9-1-, but just as she was about to press the final digit, I ran towards her and knocked the phone away from her hand. She recovered the phone, but instead of dialing again, she threw it at me. I’m still nursing my left black eye to health using home therapies since that’s all I can afford.

As I rocked back and forth with my head tucked neatly between my thighs, I contemplated what Adanne had said. Why was I so different? Why didn’t I do things the way other people in my situation did things? Why didn’t I get married to an American citizen in a “green card marriage” and get my permanent residency? This, after all, is the only possible legal way for me to shed my illegal alien status, outside of a congress-approved amnesty program. My mind recalled many friends, colleagues, and even Adanne who had drastically improved their prospects in America by this little “business transaction”.

I crawled across the dark hallway into the lit bathroom. I stood up and looked at the mirror. With the exception of the black eye, the long faced, high cheek boned, almond shaped eye, soft lipped reflection told a different story, even with the tears, which streamed down my face. I turned off the light and returned to my fetal position in front of the door, deeply disappointed that my reflection had chosen to conceal my reality once again, the way it always does.  This is the reason why my friends in Nigeria who are unaware of my circumstances always comment on how sure they are that my life is wonderful in America; this is the reason why I get flattering comments on my Facebook pictures; this is the reason why my classmates convinced themselves that I came from a wealthy family during my secondary school years in a Federal boarding school in Nigeria, despite barely being able to pay each term’s school fees.

“I will call 911 and you’ll be deported back to Nigeria,” Adanne screamed into my ears. She placed her manicured index finger on my right temple, and then aggressively pushed my head towards my left shoulder. I cowered in fear before running away to the living room. My stomach turned forcefully, my breath became deeper and heavier, my chest expanded. My fingers coiled into a tight fist, and I felt the vitriol, which I’d reluctantly compacted into a forgiveness file in my brain for the past two years, about to spill like the waters that crushed the levees in New Orleans during hurricane Katrina. I drew my clinched fist up and as far back as it could go, then in one powerful stroke I extended it forward. It made a loud boom when it landed into the gray leather chair beside Adanne. A split second before my fist kissed her face, I remembered how unwise such an action would be; I remembered our Cameroonian friend, Asha, a fellow illegal alien who got evicted by her American citizen sister after a fight, so I altered the trajectory of my flying fist.

“Good thing you didn’t do that because you’d have joined Asha at the homeless shelter tonight,” an unfazed Adanne said, strutting back into the bedroom and banging the door behind her. There was silence, followed by the sound of a falling splinter of our cracked bedroom door.

Prism of an immigrant