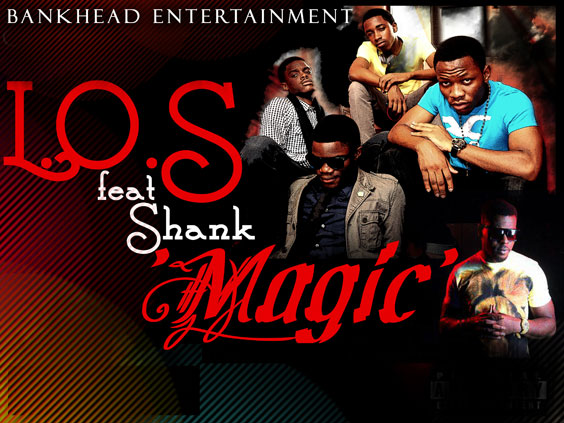 L.O.S (Loud on Sound) started in High school and comprises Bolaji Ladipo (yungkillingwtf – 17), Tomi Thomas (Tomi – 18), Olade Brisbe (Briss – 16) and Winner Forster (Bridge -16). The group first started with just Yung and Bridge, but after working with Tomi and Briss on a song called Home with Me, a decision was taken to make L.O.S stronger by adding the both of them.

Prodigious safely describes them, because their music years ahead of their ages. They produce some of their beats and write all their songs in minutes. They are currently working with artists and Producers such as Shank, Dotstar, Chykay, Wizkid, Davido, Chuddy K, and Samklef amongst others.

Peep their official debut effort,Magic featuring Shank . The song was produced by Bayo Beats, mixed by Knighthouse & Mastered by Diposit.