Occupy Nigeria: Pictures from Days 1 and 2

The fuel subsidy removal has sparked spirited protests in almost every part of the country. Nigerians from various works of life both within and outside the country have joined forces, in loud voices to ensure that their message is heard.

On the 9th of January the Nigerian Labour Congress embarked on its country wide strike and various fractions of the country have supported this action with ‘occupation’ movements in various parts of the country.

Although most of these protests have been relatively peaceful, reports that at least 3 people were killed during these protests have been circulated on various news medium. In Lagos, a Divisional Police Officer attached to the Lagos State Command, shot and killed, Ademola Aderinde on Monday 9th Jaunuary 2012 at Ogba during the protests in Lagos. The officer was arrested on the order of the Commissioner of Police and is expected to be charged with murder following investigations.

According to official CNN statements, police reportedly fired on protesters in Kano, injuring at least 13 people. Demonstrators were gathered listening to speeches when police “suddenly came and some were shooting and some were throwing tear gas,” Shehi Ali, vice chairman of the Nigeria Medical Association, told CNN.

Day 2 of the protests has also gained significant media attention with the Occupy Lagos movement also gathering steam at Lekki, the Lagos State House in Marina, Falomo, Otedola’s House in Ikoyi and Ganni Fawehinmi Park . Unconfirmed reports on casulaties have also been making rounds via various forwarded messages on Blackberry. Reports allege that the casualties occured at the Ojota Axes due to the crowd at Ganni Fawehinmi Park.

The pictures below have been taken from occupy movements around the country. 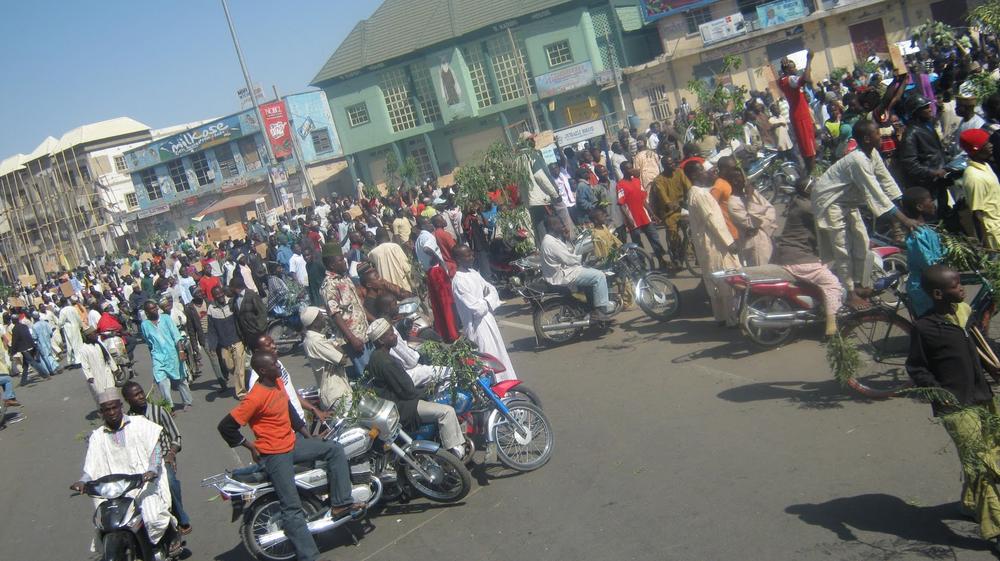 BN Hot Topic: How Will the ‘Occupation’ End?