Become a "Tinsel" Star! Your Chance to Audition for a Role on M-Net's Hit Drama Series 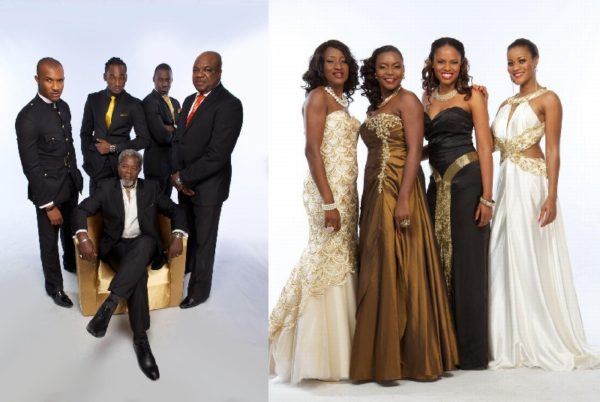 Since its debut in 2008, M-Net’s hit TV Drama Series – Tinsel has won the hearts of many and it is probably the reason you and I get home early from work or an outing so as not to miss out of the action. Currently in its 4th season, M-Net is giving you the chance not only to meet the stars of this show but also to act side by side with them

Yes, you heard us right, M-Net is scouting for new faces for the Tinsel show as part of its contribution to the development of local initiatives and productions in Nigeria. The aim of this audition is to provide an opportunity for talented Nigerians to live their dreams of starring in the popular soap opera and launch their acting careers to a continental audience.

Audition Info
Aspiring Nigerian actors and actresses should come to Protea Hotel, Maryland, Lagos on Wednesday 4th and Thursday 5th April 2012 by 7 AM Daily for the audition. You are advised to bring along a Five-by-Seven (5×7) colour portrait photograph of your self. 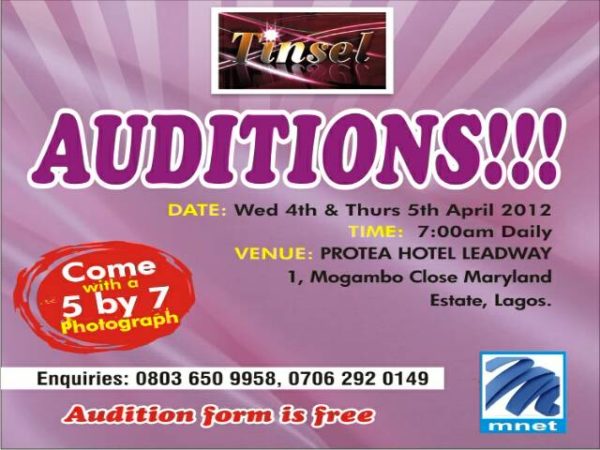 More About Tinsel
Tinsel has become a must watch for millions of DStv audiences on the African continent; a development that prompted M-Net to air previous seasons of the show on AfricaMagic and Silverbird TV to the delight of many television viewers. Tinsel is shot on location in Nigeria as part of the local investment drive of M-Net to develop the entertainment industry in the country. The very popular soap opera has gone on to air five times a week on M-Net 102.