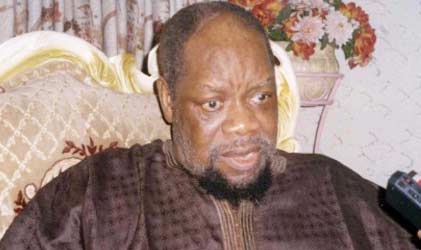 The remains of late elder statesman and leader of the defunct Biafra Republic, Dim Chukwuemeka Odumegwu-Ojukwuwas laid in state yesterday at the Micheal Okpara square, Enugu, where a mammoth crowd and top dignitaries gathered to pay their tributes.

His body had arrived Nigeria on Monday to a rousing reception where he was given a full military parade with Army officers in ceremonial uniform marching in slow steps bearing the glittering casket at the Nnamdi Azikiwe Airport, Abuja.

President Goodluck Jonathan represented by Vice President Namadi Sambo; First Lady, Patience Jonathan; Chief of Army Staff, Lt. General Azubuike Ihejirika and Governor Babangida Aliyu of Niger State, are some of the dignitaries who showered tributes on the late statesman at the military parade. The casket was draped in green-white-green national colours and placed on top of it was a pair of service shoes, a sword and a cap.

Professor Wole Soyinka, Jerry Rawlings, former President of Ghana, and several state governors, Senators, traditional and religious leaders were among the dignitaries who paid their respects to him yesterday. The high concentration of government luminaries and dignitaries at the event showed that there was great respect from the nation he once fought bitterly against in a war that saw one million people killed. President Goodluck Jonathan in his address said that the late Ojukwu was “a rare patriot and humanist” adding that he died a hero.

Ojukwu was flown out of the country in a military ambulance on December 23, 2010 in a coma. He battled for life for almost a year and died in a London Hospital on November 26, 2011 aged 78.

He will be buried today in his hometown, Nnewi in Anambra state.

May his soul of a great man who fought for truth and justice, Rest In Peace.

Here are some photos from the military parade at Abuja: 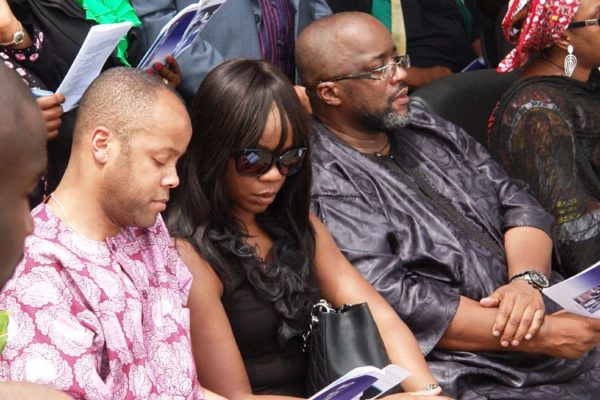 Some of the children of Late Ojukwu 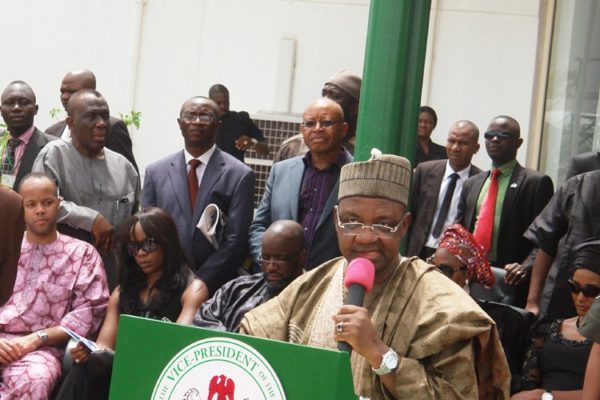 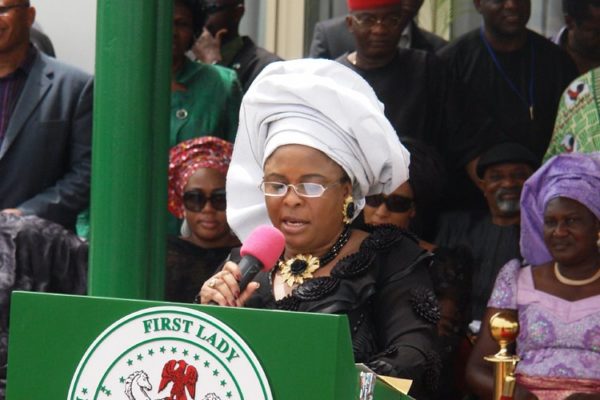 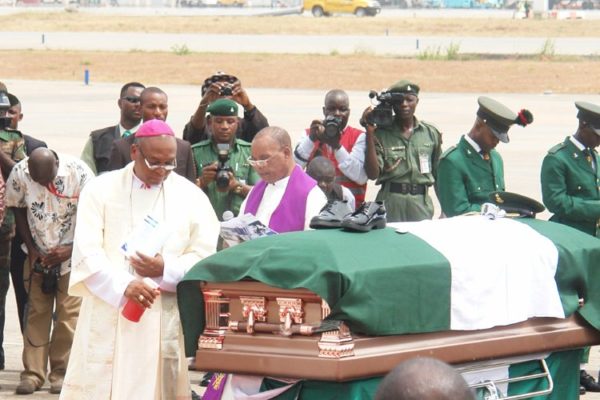 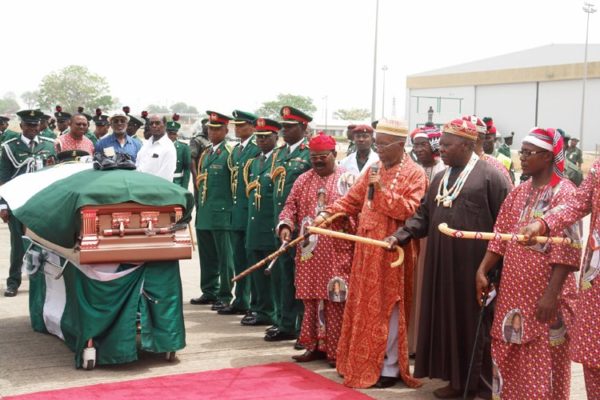 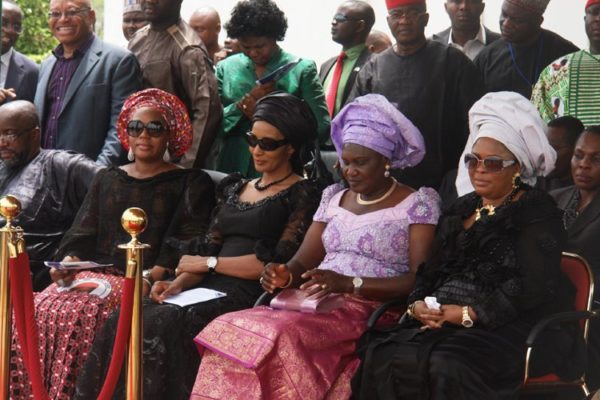 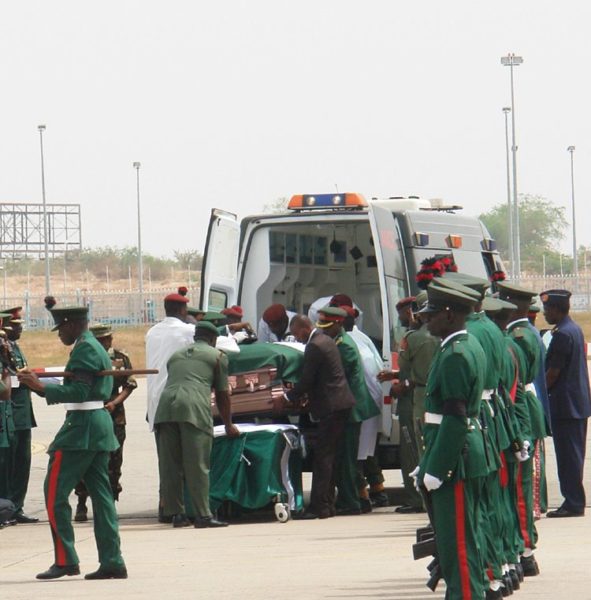 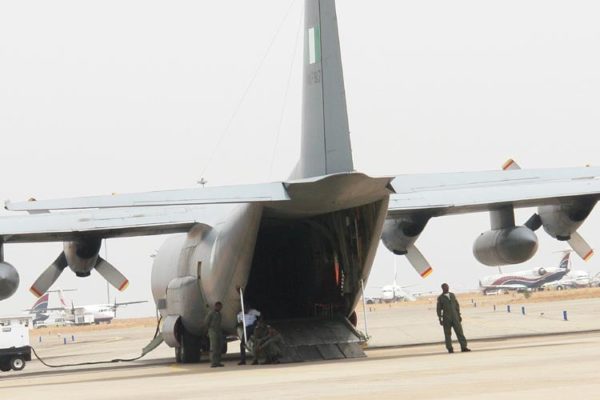 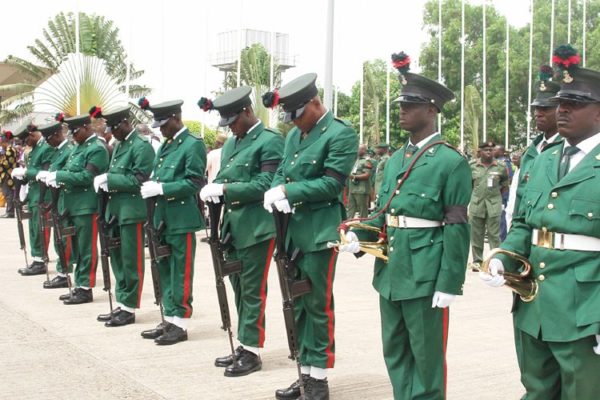 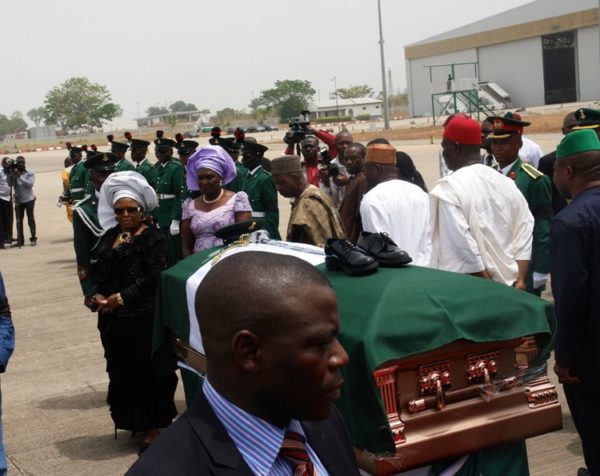 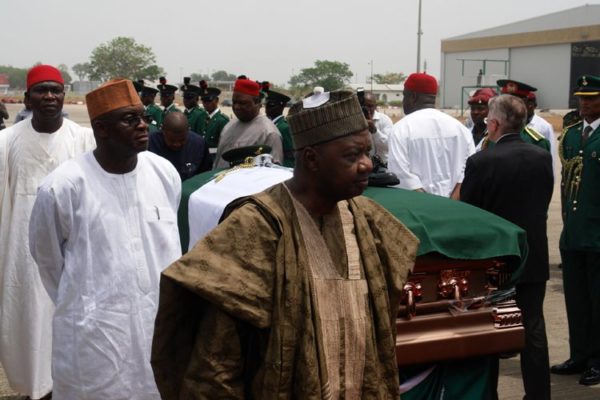 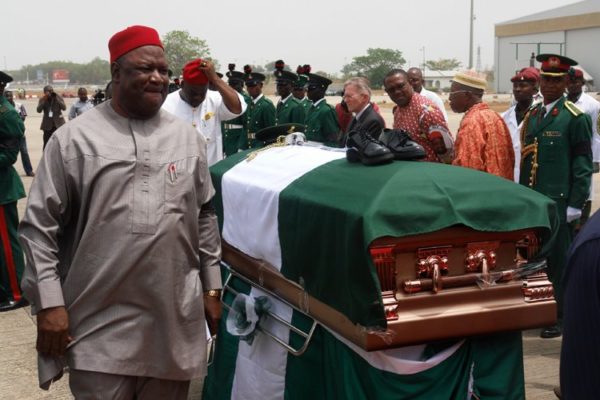 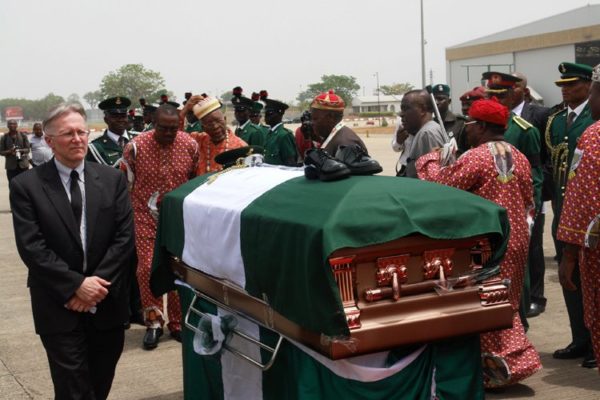 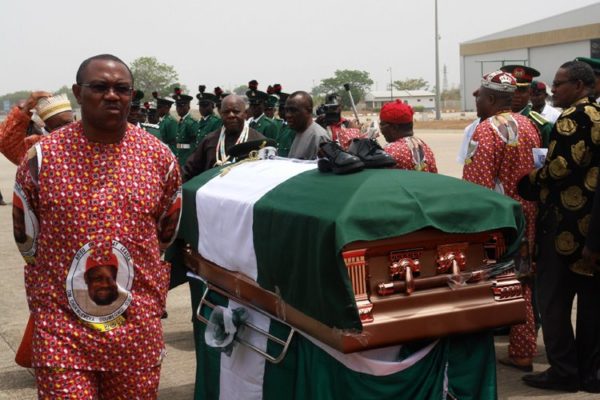 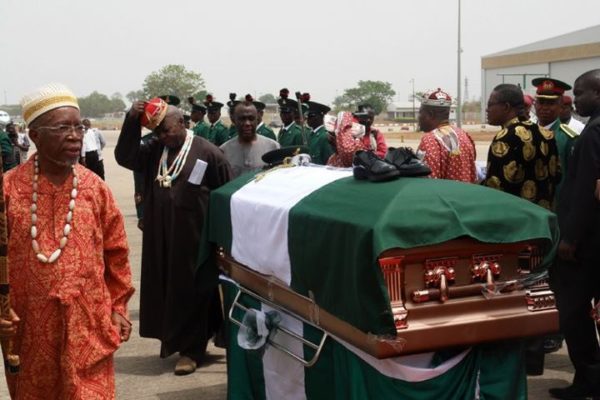 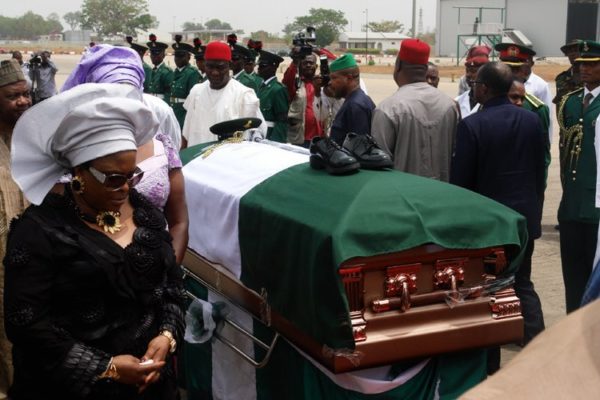 And some photos from the Lying-In-State at Enugu yesterday 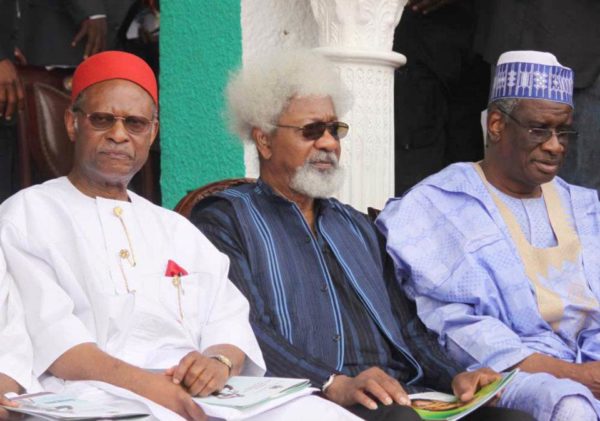 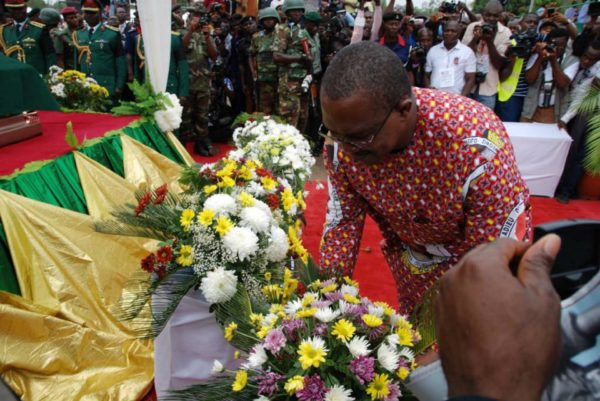 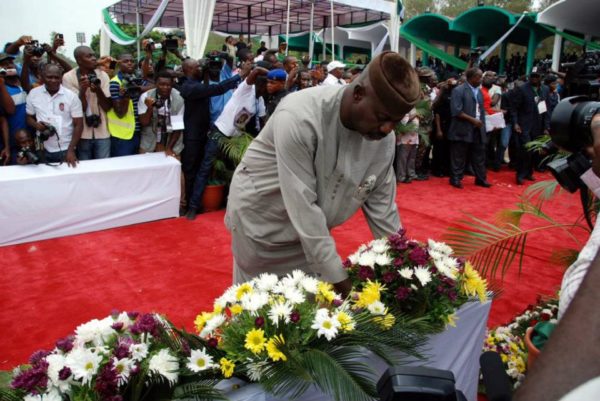 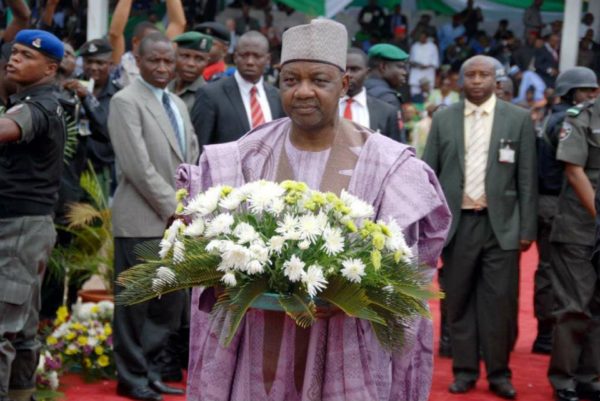 On Becoming a Man: It’s a New Month. Grab some Courage!