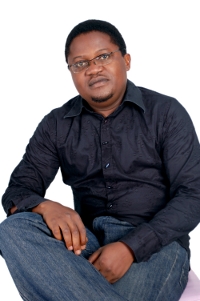 According to Evaristo, “Bombay’s Republic vividly describes the story of a Nigerian soldier fighting in the Burma campaign of World War Two. It is ambitious, darkly humorous and in soaring, scorching prose exposes the exploitative nature of the colonial project and the psychology of Independence.”

Along with the prize money, Mr. Babatunde  will be given the opportunity of being a Writer-in Residence at the Lannan Centre for Poetics and Social Practice at the Georgetown University. The prize will also cover his travel and living expenses. He will also be invited to be part of the Open Book Festival in Cape Town, in September later this year.

The idea behind the Caine Prize for African writing is to encourage the growing recognition of the worth of African writing in English, its richness and diversity, by bringing it to a wider audience and it is open to writers in Africa whose work have been published in English. Short stories are which reflect the contemporary development of the African story telling tradition are encouraged.

The Caine Prize for African Writing has been won by some other notable Nigerian writers, Helon Habila (2001), Segun Afolabi (2005) and E.C Osondu in 2009. Nigerian writer, and the 1991 Booker Prize Winner, Ben Okri was announced as the new vice president of the Prize in April 2011.

We, at BellaNaija, congratulate Mr. Babatunde and wish him the best in all his future endeavours.