How Sweet To Be A Twin! The Amazing Story of Identical Twin Sisters who Gave Birth on the Same Day 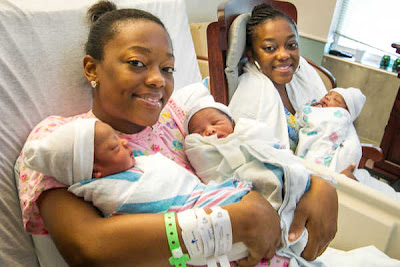 Twins, in most cases identical ones, are connected on a level that is quite hard to understand  except probably by the twins themselves.

One very exceptional case is that of identical twin sisters Zaakira Mitchell and Shaakira White who became pregnant weeks apart and had their babies on the same day.

It was almost like their biological clocks were ticking at the same time.

Daily Mail reports that the 20 year-old sisters from South Carolina, USA were due to give birth three weeks apart but ended up both becoming mothers on July 24, 2012.

The two sisters even shared the same doctor during their pregnancies.

Originally, Mitchell had decided to be induced on July 24 and arrived at the hospital with her twin sister by her side for support.

However, Doctors then discovered that White was going into early labour and was already five to six centimeters dilated. She was later prepared for a caesarean section.

It’s really interesting that these sisters who have shared each other’s life experiences get to bring their children to the world together as well. The three babies who share the same birth dates would be more like triplets.

What an interesting story.

The twins with their husbands 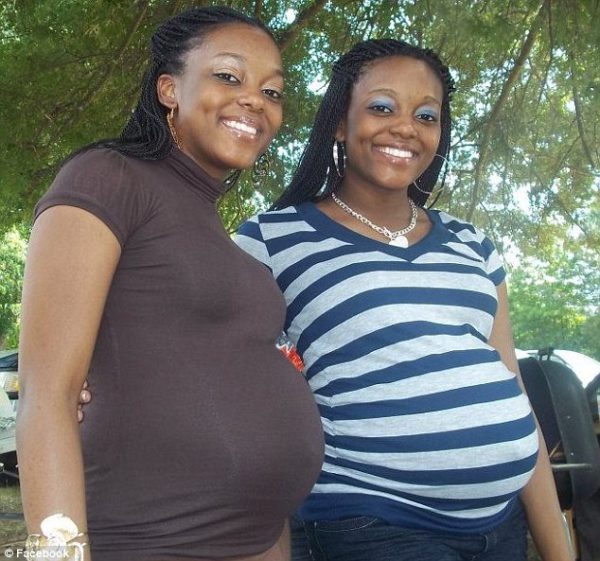 Who Is… Burna Boy