BN Bytes: "She Means a Lot to Me" Nigerian Music Star Peter Okoye of P-Square, throws a Surprise Birthday Party for Girlfriend, Lola Omotayo in Lagos 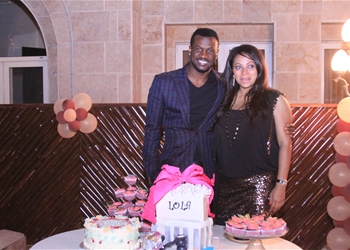 On Sunday 2nd September 2012, Peter Okoye of the dynamic Nigerian Afro-Pop group, P-Square, threw a surprise birthday party for his longtime girlfriend and mother of  his son, Lola Omotayo at Westfoster Harbour on Queens Drive in Ikoyi, Lagos.

The birthday girl, Lola Omotayo who is presently pregnant with the couple’s second child, looked glam in a black dress with a brown sequined skirt. She accessorized her look with drop down chandelier earrings, black necklace and a sleek side hair do.

In attendance at the party were her father, Mr Omotayo, cousins, close friends and team as well as Peter’s sisters Lilian and Mary, cousins and friends and the Managing Director of DANA Air, Jacky Hathiramani and his wife.

According to a source, Lola was taken by surprise as she wasn’t aware that Peter had organized a party for her. He told her that they were going to West Fosters, Ikoyi, Lagos to have a fun day, but on arrival, she was greeted by all with SURPRISE. Shortly after they began to sing the birthday song.

Speaking on the Surprise birthday party, the award winning music star, said “She is a wonderful woman, who means a lot to me. Special people deserve special things like this” 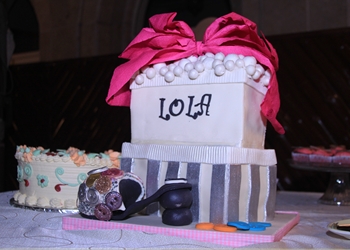 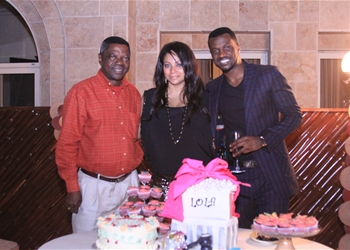 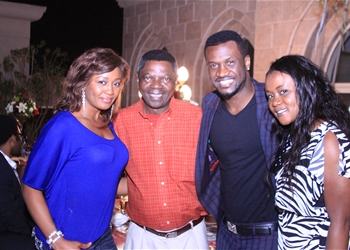 Peter Okoye with his sisters, Lilian & Mary with Mr Omotayo 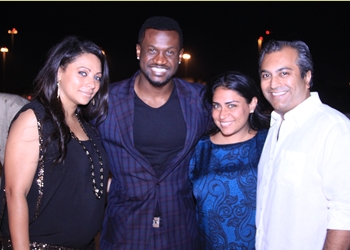