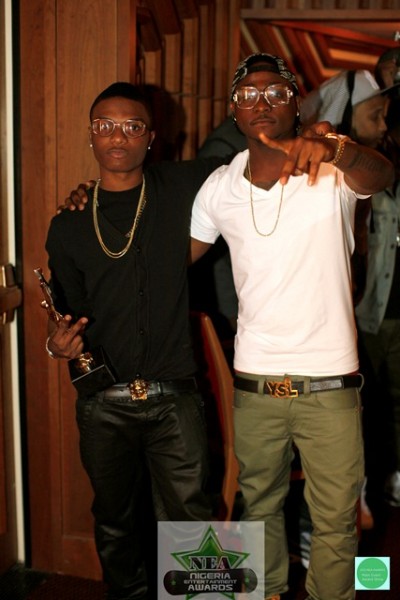 Wizkid and Davido may finally be putting to rest the rumours of their supposed “beef”. The two were rumoured to have some misunderstanding dating back to when D’Banj and Don Jazzy split. According to reports, the artists had to choose camps and this resulted in a falling out between the two young stars.

However, they have announced on Twitter that they are currently working on a track together.

Davido initially tweeted that he was trying to make a song with Wizkid.

So I guess we’ll be hearing some new music from them both very soon… Hmm, can’t wait!