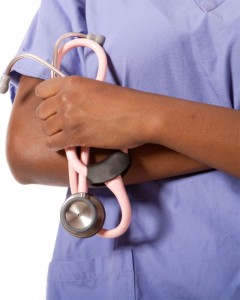 In July 2012, the Medical and Dental Council of Nigeria (MDCN) announced that no foreign trained doctor will be allowed to practice in Nigeria from October, 2012 except evidence is provided to prove that he or she could have practised in their country of study.

Keeping true to their words, the council recently organised assessment tests for the doctors and out of 200 of them who sat for the tests, it was reported that only 94 doctors and dentists who schooled abroad passed the tests.

Daily Trust reports that the MDCN registrar, Dr Udugbai Ilevbare, said the council wanted only practitioners “who are fit in terms of academic and other relevant conditions are registered to practice medicine and dentistry in Nigeria.”

He added that the council did not “want to unleash on unsuspecting Nigerian practitioners who are not well trained” and welcomed the successful doctors.

Minister of Health, Onyebuchi Chukwu who spoke at their induction into the council said the new crops of professionals stood to boost key human resources for health needed to realise the country’s national strategic health development plan.

When BN first broke the news about the new rules for foreign doctors to practice in Nigeria, it was greeted with a heated debate from our readers who had divergent views {click here if you missed it}. Now, with the assessment tests showing that over half of the doctors are not fit to practice in Nigeria, does this mean doctors who want to practice in the country stand a better chance if they study within the shores of this country rather than studying abroad? What could be the reason for the high failure rate?