Three years after Barack Hussein Obama was sworn in as the 44th president of the United States on January 20, 2009, many Africans have fallen out of love with the man they thought would save Africa. We saw the photos of Kenyans squeezed into tiny bars and public arenas throughout Nairobi as they watched on television the images of a golden-hued man of Luo heritage deliver a moving inaugural speech. They clapped, and they cried. They danced and they smiled. He will save Africa, many of them thought.

On the other side of the continent, my Nigerians expressed a similar sentiment, a belief that Obama is good for Africa. They had prayed, fasted and willed his victory into fruition. Obama will save Africa, many of them thought.

But things have changed. With the approaching end of Obama’s first term, Africans are reeling in the shock and utter disappointment of the bitter truth. Obama never saved Africa.

A few days ago, a relative of mine received a phone call from someone in my hometown in Nigeria. After chatting about the latest happenings in the town, this person lowered his voice and asked my relative what he considered a very important question.

“Is it true that Obama is implementing a law that would require everyone in America to imprint a sign of 666 on their body?” (I’m paraphrasing the question)

My relative told the person that she had never heard such a thing.

But, this person pushed further, asking if she is sure because apparently, this is the big talking point in Nigeria. My relative reassured the guy that any information about Obama wanting Americans to take the 666 (what Christians call the Mark of the Beast) is a rumor. When my relative told me about this phone conversation, I rolled my eyes. She giggled. I shook my head. She wiggled her shoulders. We laughed. 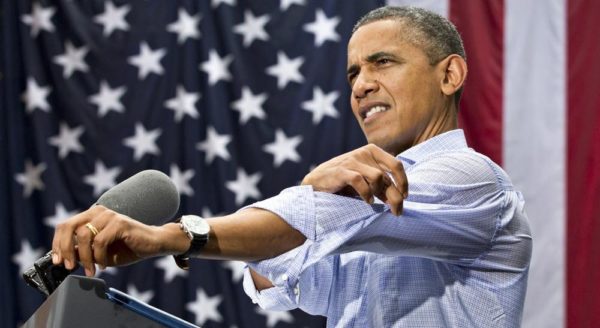 I’ve learned that several African pastors are encouraging their congregations not to vote for Obama, though they supported him in 2008. They feel Obama is a disgrace; he supports same-sex marriage and they are outraged over his pro-choice attitude. They neglect to understand that he is not pro-abortion. I am also aware that some Africans are holding prayer sessions to see Obama lose on Election Day just a few hours away. In their heart of hearts, they believe he is an agent of the devil. Some claim Obama has denied his African roots. Others say he is the Anti-Christ. Some express that he is “worse than Romney.” The general feeling is that Obama never saved Africa.

But, Obama was not supposed to save Africa.

“Yes, but he didn’t even try to help us,” the claim goes.

Obama was not even required to help Africa. He is the president of the United States. The issue at play here is simply cultural. Africans, for the most part, recognize patrilineal heritage. So in the minds of many Africans, Obama is Luo. No questions. That’s why some are just baffled by Obama’s perceived detachment from Africa, specifically the sub-Saharan region.

“Will this man not even help his father’s people?” the question goes.

Furthermore, many of them say Obama has employed a rather negative policy towards Africa, a policy that benefits America, not Africa. A popular school of thought argues that such has been the ideological base of America’s foreign policy: to exploit, to take sides, to bestow aid dollars on obedient nations and condemn and call for sanctions on the rebellious ones.

For example, Ugandan’s president Gen. Yoweri Museveni has led a reportedly repressive regime for more than two decades by stifling opposition. Yet, the U.S. backs Museveni, who has been accused of using children as soldiers during his years as a rebel leader in the 1980s, against Joseph Kony, an indicted war criminal of the infamous Lord’s Resistance Army. In 2011, Obama authorized a deployment of Special Forces troops to go after the LRA.

Obama had this to say:

“…those who are familiar with the Lord’s Resistance Army and their leader, Mr. Kony, know that these are some of the most vicious killers. They terrorize villages, they take children into custody and turn them into child soldiers, they engage in rape and slaughter in villages they go through. They have been a scourge on the Uganda and that entire region, eastern Africa.”

But according to Black Star News, Museveni has committed scores of atrocities against the Ugandan people and is reluctant to give up power, thus the constitutional amendments on term limits.

In backing Uganda as an ally to counter mounting terrorism in the region, the United States allocated $45 million in military equipment for Uganda (and Burundi), including 4 drones and an additional $4.4 million in communications and engineering equipment to Uganda, as reported by the Associated Press. But do the recent oil discoveries in Uganda have anything to do with the U.S.’s alignment with the east African nation? Uganda has already attracted billions in oil investments. That’s why some Ugandans are asking if the U.S. is after Joseph Kony or Uganda’s oil?

Unfortunately, I cannot ignore the billows of doubt that leaves me wondering if this is really why so many of my African peers, friends, neighbors, and colleagues share a new found disgust for Obama. Is it really because Uganda is a U.S. ally? Are Nigerians secretly harboring hurt over Obama skipping the ‘giant of Africa’ for a 2009 visit to the country they love to poke fun of– Ghana?

A student walks from school in Kogelo village, the ancestral home of U.S. President Obama

The truth is: Africans thought Obama would fly to their continent on his less busy weekends and shove dollars down their pockets and provide jobs for their sons and daughters. They thought Obama would halt the expansion of the Sahara Desert (or at least intercede to God on their behalf) and ensure their crops would yield a surplus. They had hoped Obama would throw their presidents and politicians in jail for money laundering. They prayed for him to help them crawl out of poverty and dreamed of Sasha or Malia marrying one of their grandsons. They told one another that he would fix their dilapidated schools and provide clean water. He was supposed to jar up every mosquito — including their larvae — and kiss malaria goodbye. After that, he would do the same to the tsetse flies. They had deluded themselves into believing that Barack Obama would quicken Africa’s entry into the First World. He was expected to bless their babies and cure their diseases. He would replace their failed governments or become a sort of proxy president. But, he didn’t.

BN Our Stories, Our Miracles: A Tragic Plane Crash, Over 75 Surgeries Later, Kechi Okwuchi is the Beautiful Personification of Faith & Strength

Chika Oduah is a journalist and writer.