The African continent in recent years, has witnessed a surge in the number of young people aspiring for political offices. In countries where these young people go on to win the elections, they are credited with good performance and accountability.

One young lady who is currently making waves in Africa as a result of her political ambition is 29 year-old Kenyan presidential aspirant, Kingwa Kamenchu. She is running for the Presidential elections under the Labour Party of Kenya (LPK) and has her heart set on winning the general elections come March 2013.

Kingwa grew up in Nairobi mostly but had a short stint in Australia, she later relocated to her rural home in Meru. She holds a BA in History and Literature from the University of Nairobi and left Kenya in 2009 to pursue a Master’s degree at Oxford University. It was during her second year student doing a Creative Writing MSt. at the University of Oxford, she declared her intention to run for President.

During her time in the United Kingdom, she became involved in the African Society, a social organization for students interested in discussing African issues.

While studying at the University of Nairobi, she once attempted to capture the main Student Organisation Of University Of Nairobi(SONU) seat but she did not get the required number of votes. However, she was awarded the ‘Young Woman Achiever’ of the year in 2008 by the University’s Women Students Welfare Association (WOSWA).

She is so optimistic about her victory in the coming elections that her Facebook ID reads: Kingwa Kamencu, Incoming President of the Republic of Kenya.

In a recent press release also posted on her Facebook Page, she cited her reasons for running for Presidency. “I took the unusual choice of jumping into politics and running for the presidency because it is a fact that we well know- there is a crisis of leadership in this country. Conference after conference, discussion after discussion, workshop after workshop, that conclusion always emerges. I decided that rather than sit on the side and point fingers about how our leaders are failing us, I could jump in and get involved in the efforts that in truth are already there, to make things better.”

She is not deterred about criticisms on her age and gender, saying: “Many have been skeptical about my candidature due to my years and my gender but that has not stopped me or been a deterrent because the louder voice ringing in my ears is not the voice of criticism, but the voice within me asking if I am doing my bit for the country, with all the talents, privileges and blessings I have been afforded in my life.”

She intends to run a government where people are encouraged to dialogue and work closely with local communities. “My candidature does not intend to be presumptuous and to declare that we know the source of all problems in the country, but it instead wants to open dialogue with groups from all over the country, find out what the various situations are, and work with communities to empower themselves.”

We admire her bravery and determination in the face of the challenges she must be facing and wish her the very best! 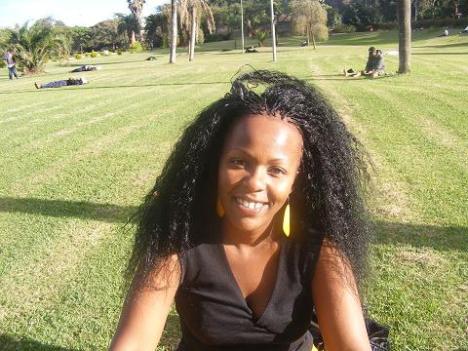 Festive Sparkle – The Annual Holiday Market debuts in Abuja! All Your Wholesale & Retail Holiday Needs in One Place! 24th November to 2nd December 2012