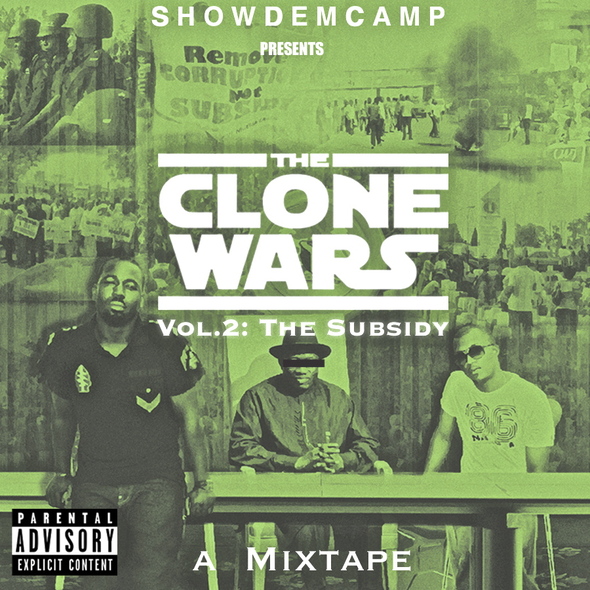 “Clone Wars Vol 2: The Subsidy” is the follow-up to the acclaimed mixtape, “The Clone Wars” which was released on the same day in 2010

The project was inspired by the current state of affairs in their country Nigeria and their passion for hip hop music and is the last in the Clone Wars series. Intended as a Christmas gift for the fans, it promises to feature some of the hardest-hitting hip-hop from the African continent and validates the duo’s claim to be at the forefront of Africa’s lyrical renaissance.

“Thank you for continuing to support the SDC movement and we hope you feel inspired by and enjoy the mixtape. Merry Christmas and a Greater 2013. Peace, Blessing and Overstanding!” – SDC

BN Exclusive: Inside the E.M.E All Stars’ “The Baddest” Concert in Lagos – All the Fun & Fab Shots