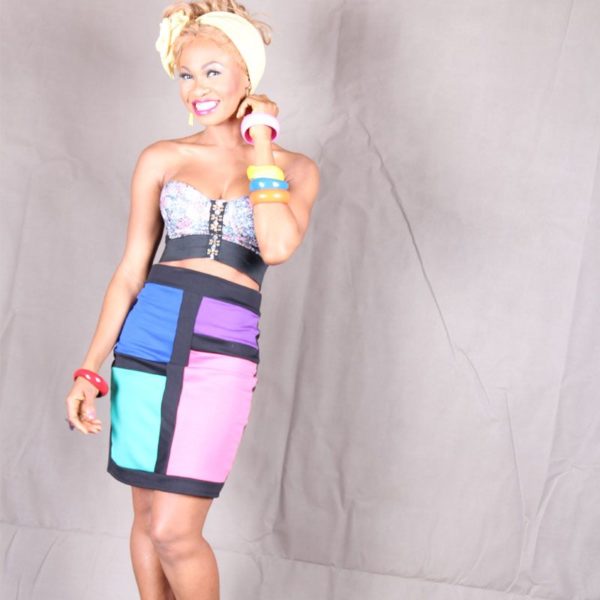 Goldie, 31, died on Thursday after she complained of a severe headache at her Park View residence shortly after her arrival from the United States where she went to witness the Grammy Award. She was rushed to her official hospital, Reddington, Victoria Island, Lagos, where doctors pronounced her dead on arrival.

We consider this period a gloomy moment for us and the entire Nigerian music industry in view of the circumstance Goldie passed away, the abundance of talent she has exhibited in her but eventful music career and the various opportunities her trip to the United States of America would have availed her. She is survived by her father, step- mother, brothers and sisters. We deeply sympathize with her family and fans all over the world and very grateful to all and sundry, especially, the vibrant Nigerian media for their concern and prompt reportage. We shall keep everybody informed as events unfold as we are still devastated by the sudden loss.”

Meanwhile, the remains of Goldie, who hails from Ekiti State has been deposited in the mortuary of the Lagos University Teaching Hospital, Ikeja, Lagos. Goldie represented Nigeria at the Big Brother Star Game in 2012. Her latest effort, she described as three nawti singles from her forthcoming African Invasion album are “Skibo”. “Miliki” and ” Got To Have It,” are presently enjoying heavy rotations on radio and TV stations across the continent. Burial arrangements will be announced by the family. May her soul rest in peace.
Adieu Goldie!!!!

****
Statement from M-Net
It is with deep sadness that the teams at Big Brother Africa, AfricaMagic, Channel O and Endemol learned this morning (Friday February 15) of the tragic passing of talented Nigerian musician and former Big Brother StarGame housemate Goldie Harvey. Goldie was a professional entertainer and a warm, wonderful individual whose music, personality and charisma brought joy and light to numerous lives. We will all miss her dearly. Our thoughts and prayers go out to her family, friends and fans.

Related Topics:GoldieGoldie Harvey
Up Next

Stand a Chance to Win a Free Fascinator or Fan from Fascination Bespoke Accessories Now!