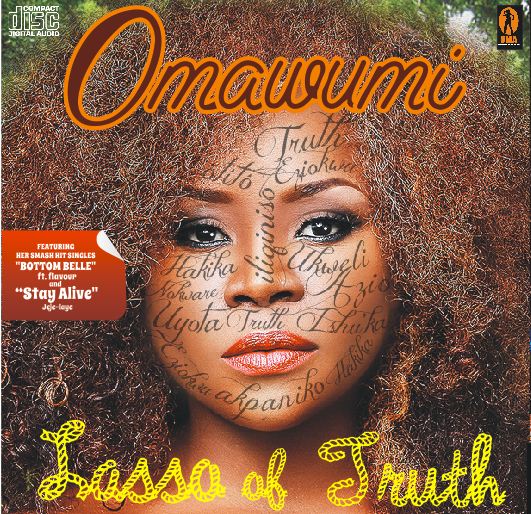 Omawumi‘s album, “Lasso of Truth” is on the streets at your neighbourhood vendor, so you ought to get yourself a copy right now. The album features hit single, “Bottom Belle”, her socially conscious superjams, “If You Ask Me” and “Stay Alive (Jeje  Laiye”); features from 2Face Idibia, Timaya, Flavour and Wizkid as well as yummy production from the likes of Cobhams Asuquo, Don Jazzy (Yes, I said Don Jazzy), “Beat Of Life” producer – Sarz, “Bom Bom” producer – Young D as well as regular collaborators – Soso Soberekon and Sizzle Pro; so what’s not to get amped up about.

With her album launch just around the corner on April 7 2013, Omawumi decided to give us an update about it herself. Check on it!