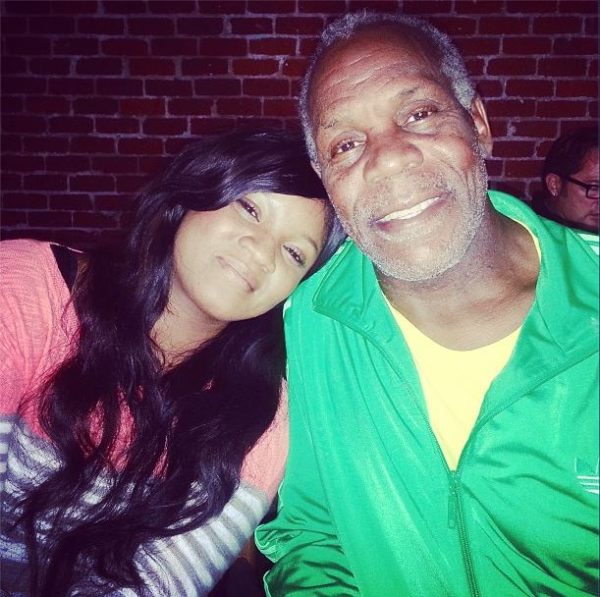 Being on the ‘Time 100’ list has certainly opened a lot of doors for Nollywood Superstar Omotola Jalade-Ekeinde as she uploaded the above photo on her Instagram page with the caption – “Spending the day on his set with Glorious actor #DannyGlover was#bliss. Learnt so much under studying him. #BA2 #Time100″

But, that’s not the only American superstar she’s been hanging out with. Last week, our very own African Superstar actress was spotted with Michelle Williams (of Destiny’s Child fame) as well as her “Hit The Floor” (formerly called “Bounce”) series co-star, Kimberly Elise and Fela Anikulapo Kuti’s daughter, Yeni Kuti at the Los Angeles opening of ‘FELA!’ – the musical. 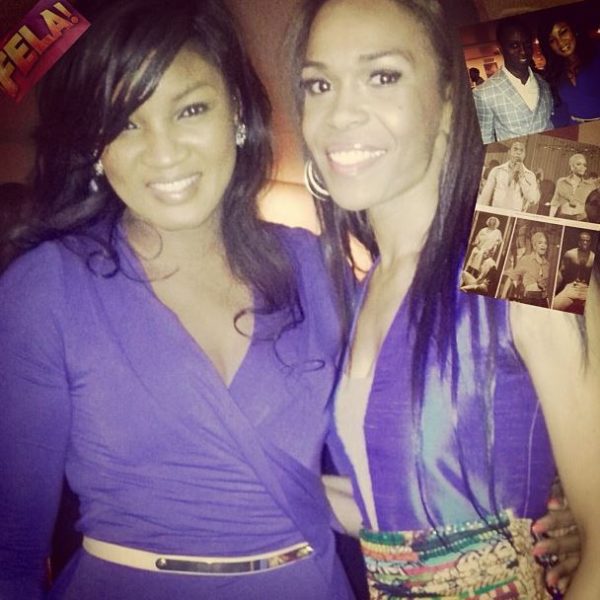 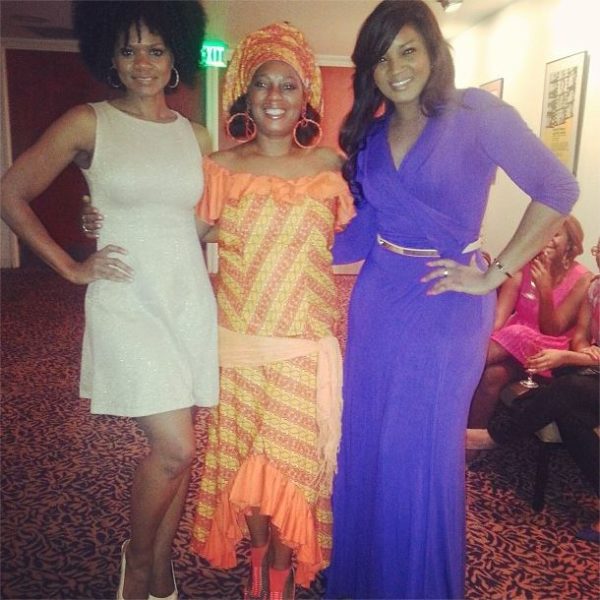 Is someone taking a photo of Omosexy‘s behind?

Most recently, she was also seen with Mel B (of Spice Girls‘ fame) at a hotel. She put up the below photo on her Instagram with the following caption- “Lol… See who I ran into in my hotel. The beautiful #melB . We have a common friend designer #bunmikoko. Lol… She is so funny and that accent! She joked much about my #butt . She’s now #judge on #Americasgottalent”

I’m pretty sure that Omotola‘s got a whole lot more in store for us this year.