Sail Through! Crossing the Sea of Wishful Thinking & Giving Life to Your Dreams 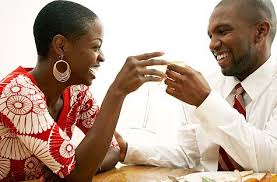 Early this year, precisely in January, I made a trip down west to my Alma Mater and nostalgia struck. Walking through the very famous senate building car park at the centre of the university, I fell rapidly down the heights of the memory ladder to a few years before. A reminiscent smile began at the edges of my lips and broadened, a familiar, distant but very much vivid image stood before me. It was one of my sister and I, returning from our respective departments after a tedious day of lectures and practicals. Memories of how we chatted animatedly and our conversations painting perfect pictures.  We saw all what was wrong in the university and at the same time proffered superlative solutions. All of this we did with our tongues, cackling away like the layer fowl. We were obviously at the peak of our innovative cycle; ideas came rushing like water that has been dammed for ages and undammed all of a sudden! We knew all that needed to be done and how they should be done but that was where it all ended…in our chattering!

There was a particular space we kept seeing in our minds as a dine and dash place, where people could stop by and have hot breakfast and coffee on their way to classes. We even had a name for it! We were going to call it “Ray’s Place” but all we ever did was talk into the air. One peaceful evening, we were walking back from lectures in our traditional manner, prattling as we usually did until all of a sudden, silence consumed both of us. We stopped in our strides and stared at the reality before us- our dream was staring right into our face! On that same space we had always envisioned our magnificent “Ray’s Place” stood “Kay’s Chippy”. My sister gasped and spoke first,  “they stole our idea!” She screamed. I didn’t say anything because my initial impulse was of silence, one that radiated from the depth of my soul. I had retreated to my calm space and we continued our walk that day but in silence, each one of us lost in her respective thought.

We later understood with heart wrenching pain that we were not the only ones who got those spectacular ideas, others did! But these other people did what we were didn’t dare to do –  they crossed to the other side of the ocean. They sailed with their ideas from the sea of knowing and docked at the port of doing while we remained adrift, wishful thinking.

Ideas, we later learnt in the hard way, are like birds in the wild. Flying with extreme liberty. They pick a mighty mahogany tree to perch on this moment and the next moment are found roosting on top of a tall building, a mast or a pole. Terrific ideas do come; I bet you have had one at a point or the other in life, but what have you done with them? Do you just let these perfect pictures blur and gradually fade away till they are remembered no more? Or, do you wait listlessly till someone else brings them to manifestation?

My sister and I have got a first class experience of the latter and believe me, it sure hurts and cuts deeply to watch your bird come alive in another’s hand. I have been down that lane more than once. Do not just know it, think it or say it. Just do it!
The rewards and joys are lies in “doing” but regret and pain is buried in just “knowing”

Related Topics:Vera Onana
Up Next

The Lagos Chronicles | Recycling Plastics for Good! “My Africa Is” Presents “WeCyclers”

Ten Ways To Be A True Lagos ‘Fashionista’… NOT!