#ChildNotBride - Who Is Responsible? State, Parents or Both? 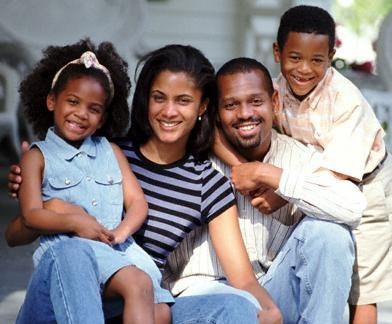 The recent Constitutional Review carried out by the Nigerian Senate caused agitation and uproar, when the Senate resolved to retain section 29(4)(b) of the Constitution of the Federal Republic of Nigeria (CFRN).

Taken literally, this provision of the CFRN provides that for the purpose of renunciation of Nigerian citizenship, any woman is deemed to be of full age. After this resolution, Nigerians home and abroad began a campaign- #ChildNotBride- on the premise that the retention of this provision of the CFRN somehow endorses child marriage. I have written a seminal piece on this misguided premise, so I would spare you the details. It suffices to say that section 29(4)(b) CFRN does not endorse child marriage- if this provision is deleted, it still does not affect the fact that under Customary or Islamic Law, child marriage is not prohibited.

It is shameful that while our neighbours like Ghana are planning to increase d marriageable age from 21 to 23 years, Nigeria is debating whether or not child marriage should be allowed. Simpliciter, child marriage is repulsive, reprehensible, appalling, abhorrent, etc. Sorry to disappoint those that signed the online petition to the United Nations (UN) which, in my opinion, is for the right cause, but was rather hasty and misguided. Unfortunately, it will not be considered by the UN because it seeks intervention in matters of a purely domestic concern and Article 2(7) of the UN Charter clearly states that the UN shall not intervene in such matters- it is an affirmation of the doctrine of non-intervention in international law, which is a corollary of the principle of sovereignty. If the UN had such competence, why has it not intervened in Saudi Arabia?

Be that as it may, as an objective lawyer, this article is not about the condemnation of child marriage; it is about who should be held responsible? Who should the #ChildNotBride campaign be targeted at- National/State Houses of Assembly or the parents of the victims of child marriage?

First, the CFRN safeguards a person’s right to religious freedom, which is also guaranteed by international instruments like Article 18, Universal Declaration of Human Rights and the International Covenant on Civil and Political Rights, and Article 8, African Charter on Human and Peoples’ Rights. Nonetheless, this right to religious freedom is not absolute; it is subject to restrictions “in the interest of … public order, public morality or public health or for the purpose of protecting the rights and freedom or other persons” (s.45 CFRN).

Further, Item 61 on the Exclusive Legislative List (ELL) in the CFRN prohibits the National Assembly (NASS) from legislating on matters involving marriages contracted under Islamic or Customary Law. As such, NASS may only restrict a person’s right to religious freedom in the context of legislating on a minimum marriageable age, if s.45 CFRN is satisfied.

Second, if NASS is able to satisfy s.45 CFRN on grounds of public morality or public health or for the purpose of protecting the rights and freedom of children (as protected in the Child Rights Act (CRA)), before such legislation can be passed, Item 61 on the ELL has to be amended in order for NASS to have legislative competence over marriages contracted under Islamic or Customary Law. The procedure for amendment is rigorous (see s.9 CFRN) and considering that the main target of such law is Islamic marriages, it is debatable whether the Northern State Houses of Assembly would vote in favour of such amendment.

Third, three subsisting statutes have to be considered when discussing the issue of legislation on child marriage- the CRA, Marriage Act (MA) and Matrimonial Causes Act (MCA). Sections 21 to 23, CRA prohibit child marriage (marriage of a child below 18 years) and betrothal and makes infringers of such provisions criminally responsible. On the other hand, section 18, MA allows the marriage of persons below the age of 21 years and is valid provided that consent from the parent(s)/guardian(s) is obtained and failure to obtain such consent is a criminal offence (section 48 of the MA). However, section 35, MA states that nothing in the MA shall affect the validity of marriages under Customary Law (and Islamic Law by implication).

Considering the three matters discussed in the preceding paragraphs, one can see that due to the nature of the Nigerian legal system and the Constitution’s attempt to allow customary and Islamic Law exist in parallel to State law, it is not surprising that there are loopholes in the system. This does not mean that such loopholes are excused; it therefore falls on the legislature (Federal and/or state) to cure these loopholes in order to effectively prohibit child marriage. As such, it may be argued that the issue of responsibility for child marriage in Nigeria is one that falls squarely on the shoulders of the State.

On the other hand, what can one say of the parents that consent to the marriage of their underage children? Provided that consent is obtained, a child can be married off under Islamic and Customary Law and also under marriages to which the MA applies e.g. court or church marriages.

So, the issue of consent cuts across all corners. Some have argued that the solution to this problem is the criminalisation of child marriage. Although that is an interesting argument, do parents really need laws (and threat of criminalisation) before they realise that the rights of their children need to be protected?

These are some of the rights of the child which parents take responsibility for without having to wait for legislative guidance or compulsion. Parents have certain duties and responsibilities and should comply accordingly. If parents enforce these rights out of initiative (as parents) and not because of fear of criminal prosecution, why should they be guided on the protection of their female children from rape, sexual assault, and the other painful results that come with the territory?

Inasmuch as the issue of child marriage is to be condemned, before joining the bandwagon of activists, one should consider who the responsibility should fall on. A campaign is only effective if it is targeted at the right audience. At what point does State responsibility end and parental responsibility begin? Who should be responsible- the State, the parents, or both?

Au Revoir Bassey & Pokello! Sierra Leone & Zimbabwe out of ‘BBA – The Chase’ | Elikem, Sulu & Annabel up For Nominations This Week