Let's Save Our Children! Watch the Videos on Lead Poisoning in Northern Nigeria 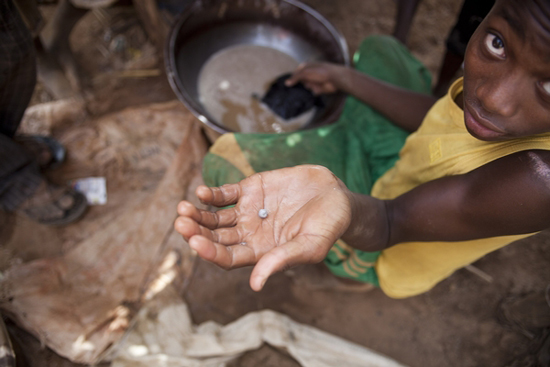 There’s a requirement to preserve the sanctity of life in order to maintain the balance of humanity. Recently, the spate of killing in Nigeria makes one wonder where we’re headed as a nation.

Man’s inhumanity to man has been on the lips of so many of us in the past few weeks but beneath all of it lies ignorance, lack of education and greed.

Recently, we got news of the Lead poisoning in Zamfara State which has been killing children in that state. Upon further research, we found that the prevalence of the lead poisoning is as a result of illegal mining taking place in the state. The mines are called ‘artisanal mines’.  Apparently, gold is intermingled with lead in the Northern part of Nigeria and because of the methods of extraction used, there’s a high level of lead dust in the air.

The children play in the sand and get lead poisoning. For a long time, children were just dying mysteriously. Prolonged exposure to lead, dust and mercury was causing lung cancer, emphysema… the list is endless.

Doctors Without Borders has set up clinics but it’s not enough! With one voice, we need to raise awareness and save our children.

Watch the documentary by NPR.org here