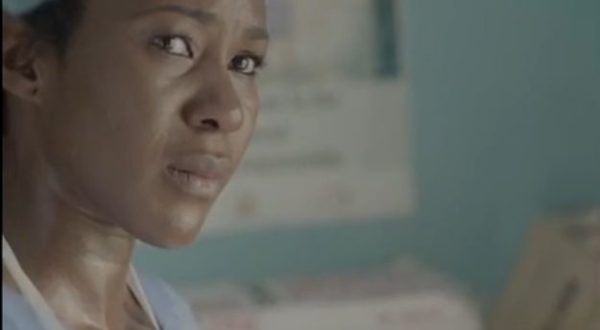 Nollywood is speaking up against Section 29, subsection 4b.

In the wake of the recent decision by the senate, movie star Stephanie Linus has released a teaser for her long anticipated movie DRY.

On her blog, she said “At this critical juncture, I am now compelled to release the unofficial (raw footage) videos of my upcoming movie, “DRY”to galvanize support from Nigerians and the International community for the revocation of the Senate resolution. Nigerians! It’s time to lend your voices and share your thoughts. We need to protect the girl child from incessant abuse. “

The movie which stars Stephanie Linus and Liz Benson, is centered around Zara and Halima who find themselves in the same cultural trap full of ignorance and cruelty. Regardless of their background, they each struggle to survive and make some meaning out of their lives.

On Sunday, Stephanie also posted her thoughts on the underage child marriage on her blog – StephanieDaily.com. Read the post;

When this email/petition was sent to me, I knew I had to endorse and share it.

Since I saw the email I cannot remain mute about the current bill passed, the vote on the constitution amendment bill which caused an uproar in the senate this past Tuesday.

“The contentious provision, Section 29, allows citizens who are of age to renounce Nigerian citizenship if they wish. For that purpose, the constitution says, 18-year-olds and above shall be considered to be “of age”.

The tricky part is:

“That this section, when referenced in the larger picture will make a pedophile, who marries even an 8 year old (as I have seen in Nigeria) “not liable because his “CHILD Wife” is automatically considered an adult. The likes of him will immediately point you to section 29, subsection 4b that says – “any woman who is married shall be “deemed to be of “full age.””

The child that got married did not chose to do so on her own will, she was forced into marriage and should not be deemed an adult as a result..

We need to protect the girl child from incessant abuse.

Always Knew You Were The One: Bisola & Edward Wed | Fotos By Fola