Former Nigerian President Olusegun Obasanjo: "Nigerians are Jinxed & Cursed, We Should all go to Hell" 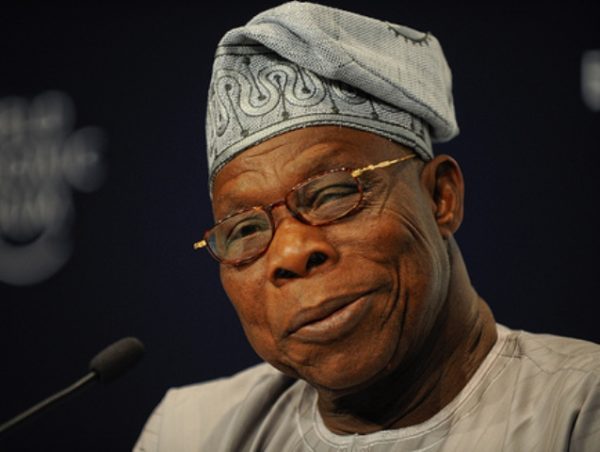 He said WHAT? Wait, don’t take it literally.

The 76 year old ex head of states made some startling statements, Premium Times reports. He said if Nigerians were yet to commend a leader after 53 years of independence, “Then we are jinxed and cursed; we should all go to hell.”

He also condemned the younger generation of leaders in the country, saying they lack integrity and probity and have failed their people woefully.

Premium Times also states that he made specific reference to his Vice President for eight years Atiku Abubakar, former governor of Lagos State Bola Tinubu, former Speaker House of Representatives Salisu Buhari, former Bayelsa State Governor Deprieye Alamieyeseigha and others as younger generation of leaders, the former President said Nigeria was not lucky even with them.

The youngest was the Speaker (Salisu) Buhari; you can still recall what happened to him. You said Bola Tinubu is your master. What Buhari did was not anything worse than what Bola Tinubu did.

I wanted someone who would succeed me so I took Atiku. Within a year, I started seeing the type of man Atiku is. And you want me to get him there?

I once went to Tanzania because Julius Nyerere recognised Biafra. He told me not to mind his aides and others in government. They would say they have one house in town but their five year old sons and daughters would have houses all over.

Some of you who are condemning the leadership would get there tomorrow and it will be a different story. Only very few are actually good.

Abacha, my predecessor got $750 Million. Through our lawyer in Switzerland we recovered $1.25 Billion and the lawyer still said there is probably still another $1 Billion to be recovered. [Premium Times states the figures didn’t add up but that was what the former president said]

In 1979 we had 20 new ships specially built for Nigeria. When I came back 20 years after, the national shipping line had liquidated.

It is sad that after 53 years of independence we have no leader that we can commend. The problem in Africa is that when one person takes over he would not see any good thing that his predecessor did. Let us condemn but with caution.”

Does he have a point? Let us know!

Your Favourite Stars are Just a Touch Away! TW Magazine launches iPad App