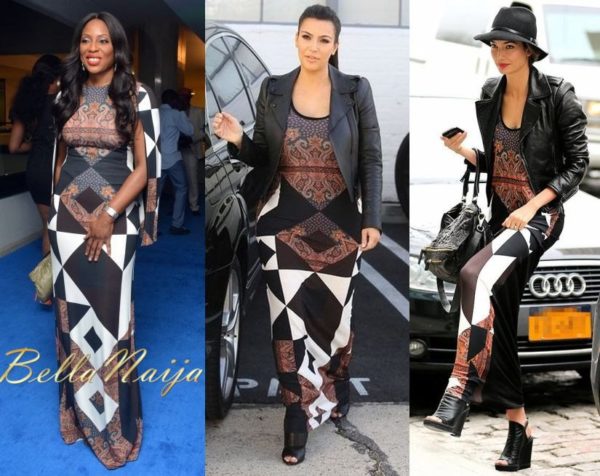 Are you ready to Pick Your Fave?

It’s a beautiful sunny day here in Lagos, so BellaNaija Style watchers let’s get your stylexpertise into good use.

See how they rocked the piece. 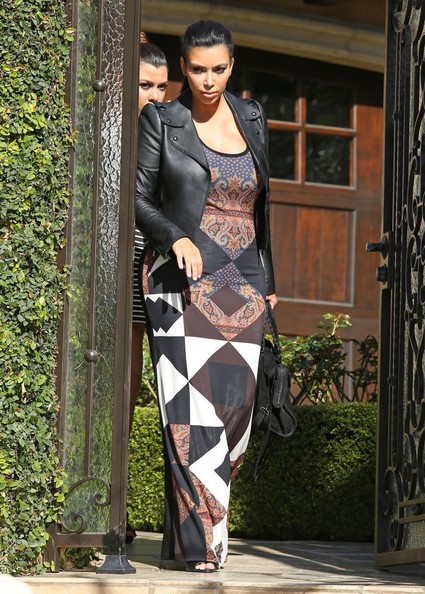 Where: On her Way to a Studio with Kourtney Kardashian in California on Wednesday 27th February 2013.

How She Wore It: It will definitely go into records that Kim Kardashian was one of the most photographed pregnant women in the world.

In February, the reality star who was expecting her daughter North West with rap star Kanye West, took to the streets of California in this Givenchy paisley print dress which features a scoop neckline. 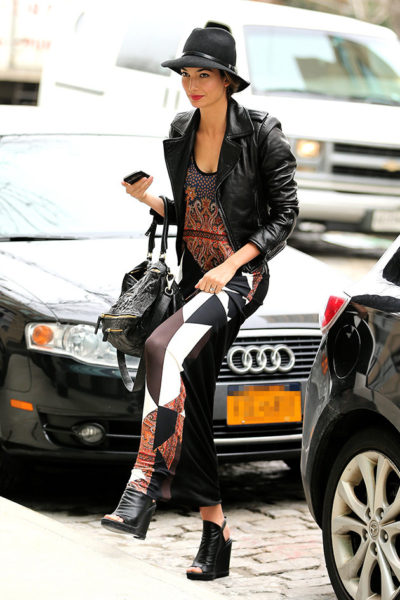 How She Wore It: 3 weeks later, Victoria’s Secret model Lily Aldrige was spotted in the entire same look as Kim, save for the hat.

Lily ran some errands on a sunny Thursday morning in New York City, in the celeb-coveted dress.

She accessorized with a black leather jacket, a black fedora hat, a black Givenchy Pandora messenger bag and a pair of black Alexander Wang ankle boots.

Lily gets a plus for her choice of lipstick. The devil-red coloured pout added a pop of colour to the look.

How She Wore It: All the way in Lagos, Nigeria, our cam glam spotted the dress on the red (ahem, blue) carpet for the first time.

The bohemian print dress with a cape, was accessorized with silver drop earrings, a silver wrist watch, a beige clutch and a pair of Christian Louboutin sparkly heels.

The media mogul finished her glam look with wavy locks and red lipstick.

The Dress
Givenchy’s creative director Riccardo Tisci presented an uber stylish and contemporary look for the brand’s Resort 2013 presentation. The dress was displayed as the first look from that collection.

The runway version features a cape and a high neckline, while the commercial version is sleeveless and has a scoop neckline.

Design labels are fond of creating runway and commercial looks as the later better appeals to the every day woman.

You can shop the dress at Barney’s New York