Elevate U with Ifeanyi: How Far? 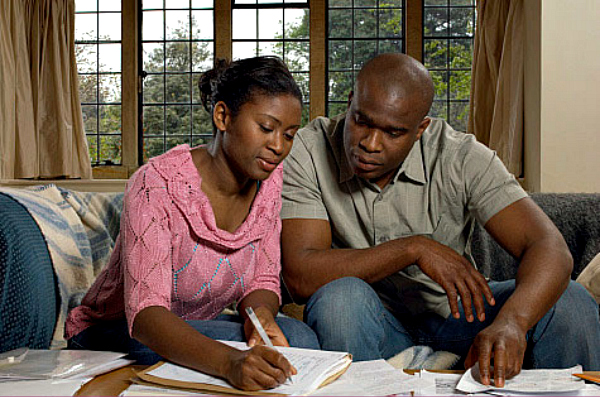 A few days back, I was passively listening to a radio program when the presenter played a Christmas tune. Like a big joke, I suddenly began to realize that the year is as good as over. I still remember like it was yesterday when I was putting down my new year’s resolutions and my goals.

I have a friend who graduated from university the same year I did. We lived in the same city. Four years after we left school, he asked to see me. He told me he needed a loan, I asked him how much and he told me. He wanted me to use my contacts to make things easier for him.

I obliged but when I asked what he needed the money for, he gave me an answer that got me thinking for days. The money was for business. ‘Let me tell you something’ he added, ‘I was unable to meet my personal target for last year and this year I’ll need capital to start early’. My spirit stirred in me unto reality. Here is a young man who inherited properties in Abuja and Lagos valued at hundreds of millions of Naira, and he still has targets that he struggles and abandon comfort to achieve.

Here I was, someone who had just gotten a professional customer service job, working with one of the telecoms firms. The previous year, I had dreams, I had targets but almost did not meet any one of them. I was supposed to start my consulting firm but I didn’t. I was supposed to finish and publish a book I started writing a year earlier but I didn’t. I didn’t register my consulting firm; not because I didn’t have money but because somehow, I had become carried away with this job, so much that I somehow had lost touch with focus. My father had not left me any property to inherit but I managed to live for the moment.

So are the lives of a million and one people out there. They are on auto mode. They take life as it comes forgetting that there will be a tomorrow. It is so easy to go with the flow of comfort and be easily carried away by its luxuries only to wake up to the painful sting of reality, should the supply be cut off.

I want to ask you what your dreams are. When was the last time you did something about them? Of the goals you set for the year, how many of them did you achieve? Time is stealing 2013 away from us, have you sat down for a minute to evaluate the journey so far? What has happened to your 2013?

I met a man recently who by my estimate is in his sixties. He had dreams just like every other young person and had his fair share of comfort and luxury. He said something I would never forget in a hurry – “Some things haunted him“. It was his regret. He had gone to school in the UK and had always wanted to start a business but even in his sixties, his dreams were still as far from as the skies.

I wonder how he feels each time the still small voice of his conscience begins to tell him, ‘You should have done something. You had all the opportunities. Now you are old and poor while others are old, rich and comfortable’. It was only a few yesterdays ago that he was as young as me full of goals taller than the heavens, but here he is managing to survive.

So once again I ask you: What is your goal? What have you done this far to achieve it? Have you been consistent at working on it? Have you been altogether sidetracked? What is it that’s stopping you? Let me end with this story.

During NYSC, I met a young man who told me a story about a man who had once lived in the community. As a child, he parents were poor. It wasn’t the kind of poverty we are used to. It was a case of extreme poverty. His family was so impoverished that they could not afford to keep him in school, so he was withdrawn and kept permanently on the farm. But the young child’s spirit was too strong to give up on education. Being that he didn’t have the privilege of sitting in a classroom with his peers, what he did was to borrow the notebooks of his friends during holidays and digest them. This he continued until his peers got to SS3. By that time, he had both studied hard enough and had saved enough money to sit for A-level exams. He did so well and “cleared” all the papers with distinction. He got a scholarship to study medicine in the UK.

Aliko Dangote is Forbes’ 64th Most Powerful Man in the World