Dating Could Be the Easiest Thing in the World with Communication 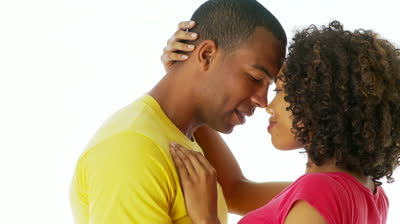 Many people will tell you that the key to a strong and healthy relationship is effective communication. I believe that strong and clear communication is crucial from the very first date.

There’s actually surprisingly little real communication on a first date. When I say communication, I don’t mean revealing your entire life history or rambling on and on about how you hit the gym everyday whilst also finding time to raise your one-legged, blue-eyed nephew that you’re teaching English to because his single-mother died after a freak slam-dunking accident. No no, I believe communication, at this point, should be very frank and matter-of-fact. It should require you to be true to yourself and your date and it starts from the moment you ask them out.

Depending on how self-assured you are, asking someone you genuinely like out can be quite the nerve-wrecking experience. However, in this situation, the more you ramble on and on and beat around the bush, the worse it will be. I speak from experience.

I’ve recently started using a different approach though. Nowadays I just tell a girl I want to date her. Simple as that. I don’t do too much explaining or talk about how I’d understand if she said no, I just make it clear that I’d like to ask her out on a date due to the fact that I find her attractive. Now she can either approve or reject my request. If she approves, well then that’s fantastic but if she opts to reject my advances, clear communication (on her part this time) can also make this whole experience a whole lot less traumatic.

Legend tells of a place many men know well. It is feared by many and haunted by the tears of lost souls who are like brothers to scores of women. It is a sad place indeed. It is called…the friend zone!

However, I don’t believe that the friend zone is a place where one is sent, but rather it’s a place where one is left. I don’t think most girls truly intend to make a man they’ve just rejected their friend, I think they just find it easier than outright saying “no, I don’t personally find you attractive”. I mean, let’s face it, no great friendship started out with a guy getting rejected. However, ladies, this is not a solution to your problem.

I know why you leave him in the “friend zone”. It makes you come off as less of a bitch and it helps you avoid any awkward confrontations. However, all you’re doing is prolonging the inevitable. He will attempt to go out with you again…and again…and again. Yes, you’ve left him in the friend zone but you’ve also left him with a glimmer of hope and a glimmer of hope can be stretched surprisingly far. Hope is a flexible commodity. If allowed to fester in one’s mind, it could have him visualising the moment when you finally realise that every other guy is a complete tool and he is the “good guy” you’ve been looking for your whole life. If you were direct with him and communicated your lack of attraction towards him from the get go, it might bruise his ego in the short-term but, in the long run, it’ll be better for both parties. If need be, explain to him that the fact that you don’t find him attractive is merely subjective because everyone can’t be attracted to everyone otherwise the whole world would constantly be engaged in a mass orgy. If he’s not overly self-obsessed, hopefully he will see that but if he is far too self-obsessed to follow that logic well then, he’s a lost soul regardless.

Now guys, assuming that you’ve passed this barrier with flying colours and have managed to secure a date with the girl of your dreams, strong but effective communication is still needed. I’ve often had this fantasy of giving a soliloquy halfway through a first date but rather than it just being me talking, it’d be my date as well. Okay, maybe a soliloquy isn’t the right expression to use, it’d be more like an out-of-body experience. My date and I would step out of the scene and explain our actual feelings on how we thought the date was going to each other and perhaps even laugh at the sheer amount of times we’d repeated the same anecdotes in the space of an hour. Alas, this is merely a fantasy though. It often seems like life can never be that simple.

A first date is a high pressure situation and it is human nature to ramble on and on when one starts panicking over how to make themselves seem as interesting and as viable a procreational partner as possible. My best dates have either involved some sort of competitive activity or something completely random like chilling in the furniture section of a department store. My logic has always been that if first dates tend to feel constructed or contrived, you have to try and have them in an unpredictable environment: an environment in which it is virtually impossible to plan out every detail. You want a scenario where you and your date are forced to be reactive rather than rehearsed, so that whatever you say or do that day isn’t refined. In many ways this is easier said than done but I think that these sorts of activities will make for better dates than say the generic dinner and a movie.

At the end of the day, everyone has their own style; but I feel that one of the main problems with the male/female dynamic when it comes to dating is that often messages are lost in translation or are made more complicated than they have to be. Dating could be one of the simplest things in the world if only we’d learn how to communicate properly.