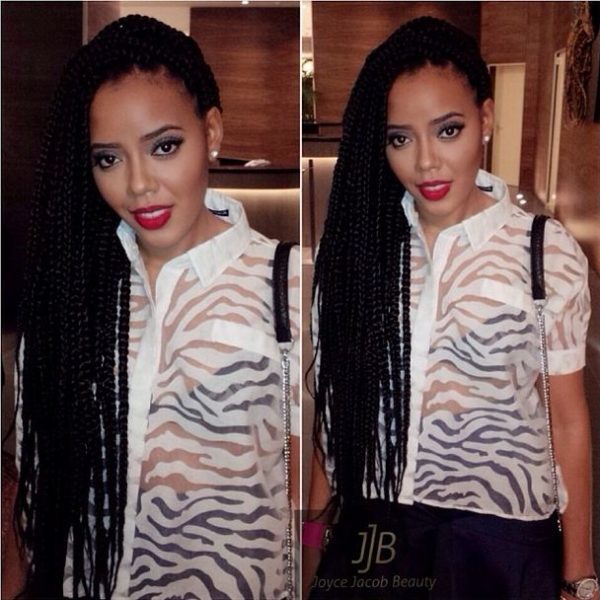 The countdown to Music Meets Runway 2013 is down to 1 day and the pre-event activities have been rolling out; including one of the sexy & stylish co-hosts host getting dolled up for a night on the town. No I am not talking about IK.

Live at the MMR2013 pre-party yesterday, Thursday 19th December 2013, was BET 106 & Park co-host, American reality TV star and fashion designer, Angela Simmons. The star, who arrived earlier on that day {click here to read}, was present at the MMR pre-party with her entourage and had her makeup done by Nigerian Celebrity makeup artist Joyce Jacobs.

Joyce is known for her beauty looks for Tiwa Savage, Milen Magese, Waje, Toke Makinwa, Alexandra Burke and now Angela Simmons; maybe she’s going to be the go-to makeup artist for international acts coming to Nigeria. For the evening she gave Angela a lightly contoured face with a slight smolder around the eyes and bold red lips.

Also present at the event were Wizkid, LAX (of Starboy Records), DJ Xclusive on the turntables and many more. Keep refreshing BN for all the scoop.

For now BN Beauty investigators, what do you think of her look? 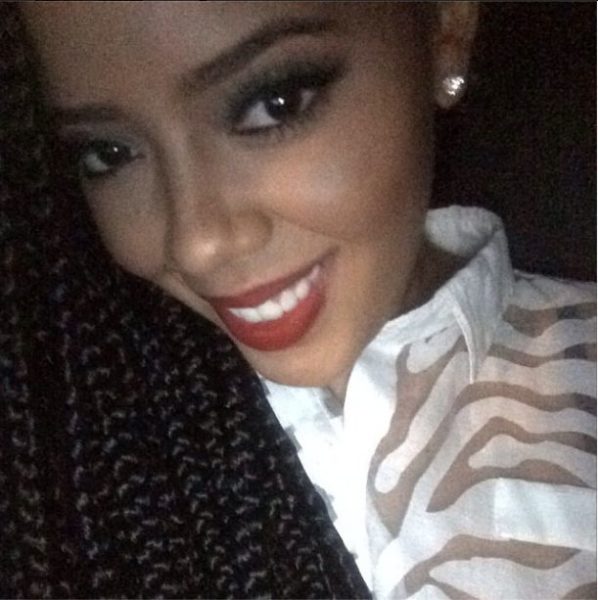 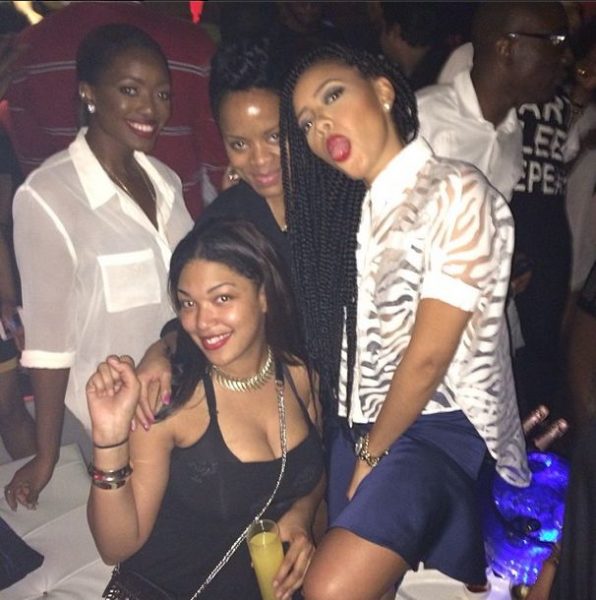 Angela will be co-hosting the Music Meets Runway 2013 event happening tomorrow, Saturday 21st December 2013 alongside IK Osakioduwa. For all the juicy scoop and then some, keep it locked to BellaNaija.com.