Wizkid, "Oga At The Top", P-Square, #GirlNotBride, Toke Makinwa & More! YouTube Rewind Reveals the Most Watched Videos in Nigeria in 2013 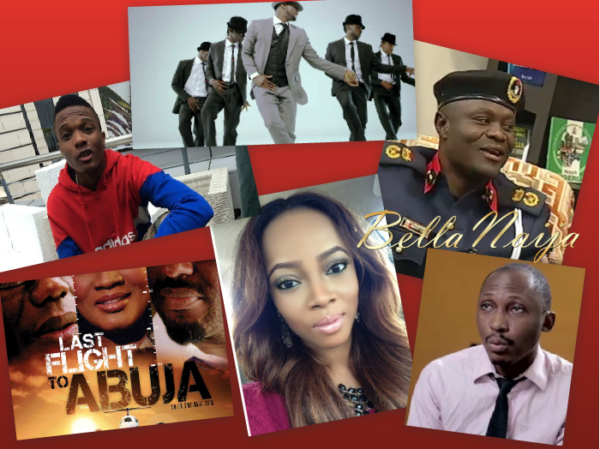 At the end of every year, for the past five years, YouTube Rewind has been helping us reminisce some of the biggest moments of the year. 2013 has been no different and boy, will some of these statistics surprise you.

On a global scale, The Fox was the top trending video of 2013,  as the world so far has watched it more than 276 million times… and counting. And, we all know about the Miley Cyrus and “Harlem Shake” crazes. About 1.7 million ‘Harlem Shake’ videos were made worldwide.

But, back here in Nigeria, YouTube Rewind has got some nice ‘Most Watched’ lists for us too and be sure that videos like the “Oga at The Top” saga and of course, P-Square‘s “Personally” made the lists.

Music videos were really big this year in Nigeria as artistes like Flavour, Wizkid, P-Square, Davido and Tiwa Savage enjoyed a lot of views too. It was an especially good year for Wizkid as he is featured in four videos which made the list. So, without further ado, here are two of YouTube Rewind Nigeria’s “Most Watched” lists – for ‘Music Videos’ and ‘Excluding Music’.

9. “The Interview – A tale of Frank Donga” by NdaniTV

3. Civil Defence Commandant Interview on Channels TV aka “Oga At the Top”

Are You an Exceptional Female Entrepreneur? Send In Your Entry for the 2014 Cartier Women’s Initiative Awards