For the shoot, Chuck had strict rules under which the session was to be carried out. They included:

1) Arrive alone or with one close friend or associate
2) Be available for three (3) hours
3) Be responsible for your own look – no professional styling or hair or makeup
4) Be content with coffee and deli sandwiches or salads – nothing fancy will be served
5) Get to the studio under your own steam.

Well, he definitely wanted the shoot to be as ‘laid back’ as possible and did his part by chilling in an ankara inspired hoodie and trousers.

Check out a selection of photos of Oprah, Scarlet and Brad from the shoot as well as behind-the-scenes images of all the other stars.

Did you know that Brad Pitt has 45 movies to his name? 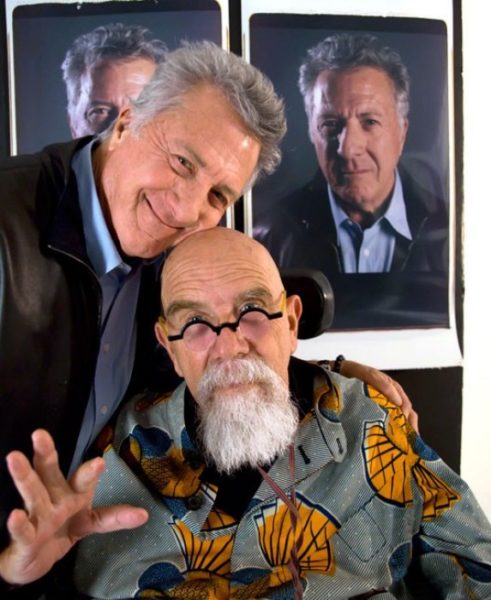 To see all the images, download the Issue here: www.vanityfair.com

Get 25% Off Cake Making Classes with Qadirah Olowu of QDS Cakes Today!