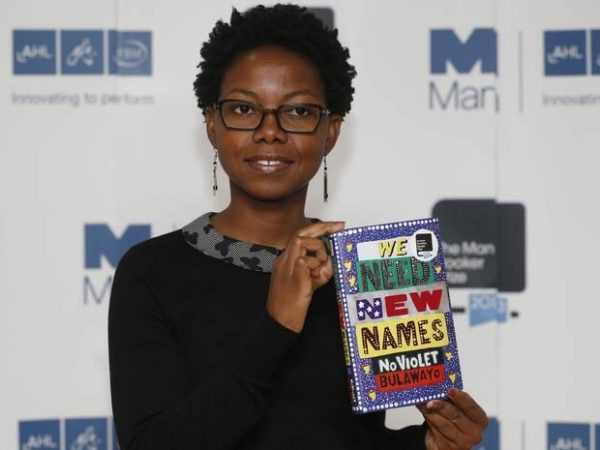 On Sunday 23rd of February 2014, Zimbabwean NoViolet Bulawayo emerged as the winner at the inaugural edition of the Etisalat Prize for Literature. The prize was announced in June 2013 {Click here if you missed the announcement} with a prize money of £15,000 for the winner, along with a Samsung Galaxy Note and a Montblanc Meisterstuck. The winning writer will also embark on the Etisalat Fellowship at the University of East Anglia mentored by Professor Giles Foden (author of The Last King of Scotland) which will include significant opportunities to meet other writers, publishers and most importantly work on their second book. Shortlisted writers will win a Samsung Galaxy Note and also go on a book tour to two major African cities.

The books shortlisted for the prize were:
Bom Boy by Yewande Omotoso
Finding Soutbek by Karen Jennings
We Need New Names by NoViolet Bulawayo

The Prize has been described as ‘the first ever pan-African prize celebrating first time writers of published fiction books. The Prize aims to serve as a platform for the discovery of new creative talent out of the continent and invariably promote the burgeoning publishing industry in Africa.

By recognizing and celebrating writers and other members of the literary community across Africa, Etisalat plans to bring some much needed awareness and acclaim to the art of Fiction writing while also applauding and rewarding the efforts of those who have ventured into this genre in recent times.’

Speaking on the novels that made the cut, one of the judges, Manyika, said: “The diversity of these debut novels, both on the level of content and narrative style, makes this a very exciting shortlist. Whether it is Bulawayo’s coming of age story set in the context of contemporary global migration, or Omotoso’s cross-cultural tale with its slowly unfolding secrets and interconnected narratives of love and loneliness, or Jennings’ multilayered exploration of history and allegory, each story is uniquely compelling.”

In the Flash Fiction category, the winner gets £1000 cash prize,a Smart Tablet Device and a Published E-book promoted online and via SMS. The two runners up  receive £500 cash prize (each) and Smart Tablet Device. Uche Okonkwo, emerged as the winner in this category. BellaNaija recently published her story Lady of The Night. {Read Uche’s story recently published on BellaNaija here}

You can read the 20 stories in the shortlist here.
And I Had Blood In My Hands – Chiamaka Igili

The Dead Nurse Who Came For Her Baby – Kenechukwu Ezenwa-Ohaeto

When Death Is Not Enough – Collins Opurozor

Congratulations to the winners and the shortlisted writers. We’re very proud of you and we look forward to reading more of your great work.