For Oluwasanumi! Read A BN Reader's Poignant Story of the Tragic Experience of Losing Her Pregnancy 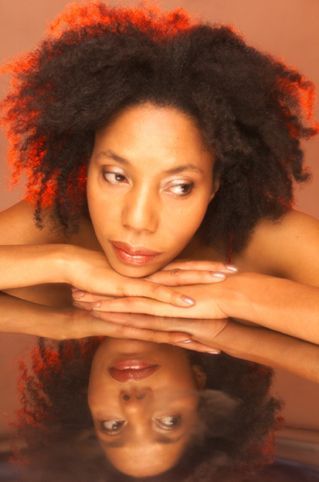 A BN reader and contributor sent this email to us last week. She asked for it to be published anonymously in order to protect members of her family. We found her story really inspiring and we hope that you learn a thing or two from her experience.
***

“Madam, the baby is not doing fine” I heard the lab doctor say to me as I was about tying my ‘oleku’ wrapper. I replied, “How come? I’ve not stressed myself since I got pregnant o! But then I just thought to myself, “No wahala, I’ll get bed rest then.”

“Madam, I’m afraid you’ll have to go for an evacuation as soon as possible.” He looked at my puzzled face and explained “I mean an evacuation, a D& C”.

I felt like I had just been slapped by 10 demons at the same time. The wrapper I just tied properly some seconds ago mysteriously fell to the floor, I was shaking like a wet leaf. God! Where do I start from? Tell me this isn’t true God.

My husband’s call jolted me back to reality. He had driven me to the lab and was waiting for me downstairs. “Baby, how was the scan? When will you be through?” I could only mutter “Booboo, come upstairs. They said the baby is not fine.”
***
I got married to my husband and best friend January 2013. Before we got married, we had discussed when to have kids. Hubby wanted us to wait a year so as to allow us bond properly before having the ‘intruders’, and also to save well enough to cater for the child. I had disagreed vehemently – with no cogent reason of course. I just wanted us to have a child right away. He eventually agreed with me.

About a month after we got married, I realized I was pregnant. My husband was ecstatic. I remember him saying “thank you for making me a father.” I had relocated from the United Kingdom to be with my husband in Nigeria, so he advised I suspended my job search till after the first trimester since I’d gotten pregnant immediately. Besides, I wasn’t even in the right shape to start job searching; I was having the worst of first trimester illnesses.

I told my husband I wanted to name our baby “Oluwasanumi” (God showed me mercy) and he said he had no problem with the name.
***
Oluwasanumi, I connected with you right from the first day I felt you inside of me. I would pray for you every morning and night, I pleaded with you not to give me too much trouble and that mummy was losing weight because she wasn’t eating – no thanks to you. The first three months were hell Oluwasanumi. I was practically useless in the house. I looked forward to having you and telling you what you put me through.

Your daddy was more than supportive. He would buy food on his way home from work because I couldn’t cook, help out with cleaning, feed the dog and a whole lot more. The aroma of food was like death and poison to me.

Your grandma was more than excited when she heard I was expecting; this was going to be her first grandchild. She prayed for me and told me to keep the news to myself until my tummy began to bulge.

***
By the 12th week, I started feeling ‘normal’. Normal in the sense that my appetite resumed suddenly, my breasts were no longer painful and had stopped growing. I complained to my husband and he jokingly said “so the breasts will be growing everyday ba? Do you have any idea how they’ll look in 9months? Shior!
I didn’t want to sound like a hypochondriac so I didn’t push further. Then the brownish discharge followed, then the cramps…….then I began to panic.

I spoke with an elderly obstetrician I once met and he sent me in for a scan immediately. Then I was informed my Oluwasanumi wasn’t ‘doing fine’.

***
By the time my husband came upstairs, I had cried a bucket. I was told I had a missed abortion. It is sometimes called ‘Silent miscarriage’. The mother of such foetus has no clue until after a few weeks. The lab attendants were all telling me to take heart and that God had a reason for allowing such to happen. I just couldn’t comprehend that. I was inconsolable. My husband was devastated.

The following morning, hubby and I went to your grandma’s house to inform her of the latest development. She advised we go for an evacuation immediately. I wasn’t even prepared for that. My husband and I followed her to the family hospital like zombies.

“Please is it possible you sedate me?” I asked the doctor as he was about to perform the evacuation/abortion. “I’ll definitely do that OK?” The doctor responded.
After a couple of seconds, I blacked out.

I’ll not go into the nightmare I experienced during my blackout. Who makes those anesthesias for D&Cs though? Why couldn’t I just sleep.

***
I woke up after what seemed like eternity with my husband cuddling me and my Mum praying. Then it dawned on me that I had finally lost you Oluwasanumi.

I was later told you died because you didn’t form properly and my body expelled you afterwards. I was told not to worry and that I would conceive again very soon. I was also told you were ‘just 12weeks’ and couldn’t really have been called a baby.

Really? Seriously? They had no idea what you meant to me. You’ll always remain my first child. Your gender hadn’t been revealed to me yet but I connected with you Oluwasanumi. I loved you, I spoke to you and I felt you heard me.

I almost lost faith in God but I’m thankful for the good people that stood by me. It was a tough road and sure, I still cry once in a while each time I remember you Oluwasanumi.

My next child will be named Oluwasanumi because I’m certain God will still show me mercy.

To that person who just went through a miscarriage or who’s walked that road before, I do pray God consoles you.

Related Topics:LossLoss of Pregnancy
Up Next

Who is Seyi Shay? – Watch Part 1 of the JM Films Documentary