The Results Are In! Find Out the Top 3 Contestants Moving on to the Nigerian Idol Season IV Top 12 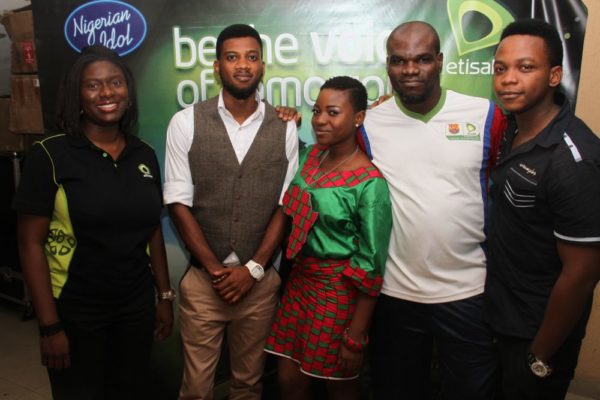 The tension is building!

On last week’s result show, Lisa, Jesse Raey and Elvis Jay were the first three contestants to proceed to the Top 12 stage in the ongoing Etisalat sponsored Nigerian Idol Season 4, competition having secured the highest number of votes.

We also got to watch the second group of 10 comprising of Jahtell, Eye-D, Shola, Henry Mc-John, Nex2, Xolani, Joy, Victoria, Dawn and Miss Oge battle for the next three spots in the Top 12 stage. So! Who will the next three be? Who did your votes save? Voting ended at midnight on Wednesday 2nd April 2014 and today we watch the result show.

Nigeria Idol season IV is proudly brought to you by Etisalat Nigeria. As Nigeria’s fastest growing and most innovative telecommunications company, Etisalat is committed to igniting dreams and nurturing young talents.

The Stylish Side of Knitwear! View the “Chiaroscuro” Collection from Ghana’s Korlekie