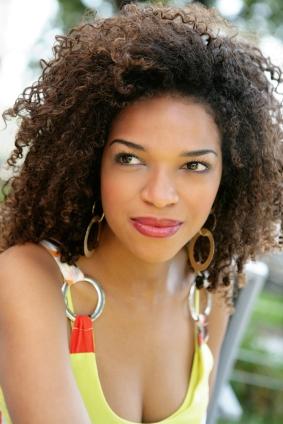 So yesterday was my friend’s birthday. Whenever I see this cute little thing I can’t help but to be overwhelmed with fond memories of our school days. Us wobbling around on our stools in the science lab, struggling to stay awake as our teacher droned on and on about cells, plants and everything other thing in life that a 17 year old just doesn’t give a dilly-damn about. We had plans then. Plans of breaking out of that tiresome girls’ school and conquering the world!

University was going to be our first stop. There we would party hard by night, sleep by day, and study in the frantic 5 hour period before exams. We always planned on meeting our significant others there; Mouth-wateringly handsome men that would bowl us over with their chivalry, good looks and infectious personalities. From there we would get amazing jobs. The sort of jobs where you would mix with nothing but the most elite graduates, be offered countless amazing international opportunities, and get paid so well that checking price tags would be a pointless thing of the past.

Oh youth- how I adore thee! We were so happy, so hopeful, so lost in our limitless imaginations. Then reality dawned on us like a weighty fog- creeping ever so slowly, till our hopes and dreams were stifled and choked.

Now driving down this windy road with my beautiful buddy by my side, I couldn’t help but let slip that nagging question that built an air of contemplative silence, “What happened to us?” She looked ahead through the crystal clear windscreen at the frenzied passersby. Her eyes eerily still as if looking off into a far distance, probing through the years. After a few moments, as if waking from a trance, they flicked back to me as she answered “I guess things just got real”. That provoked a response, and from there we talked, and talked and talked until we reached the quirky African joint her birthday was to be held.

She talked about her boyfriend: A nice guy that had pursued her relentlessly because he knew in his mind that this woman was his Eve. Initially she was reluctant, since nursing a broken heart and a quarrelsome mind (let’s just say men in the past had not been so kind); but still he pursued, and with such a determined spirit that she couldn’t help but develop a subtle intrigue which continued to grow the more she got to know him. It turns out that this guy was one of the kindest and most selfless men that she had ever met, hence why they are now in a relationship. He didn’t fulfill her usual criteria for what she wanted in a partner, but there was something about him that she just couldn’t deny.

He loved her, and he wasn’t afraid to show it. She knew that he wasn’t the wealthiest of men that could take her on 5* luxurious holidays and casually spray her with £50 notes, neither was he the most intellectual of men, engaging in furious stimulating debates that left her brain pulsating from an onslaught of knowledge, but she knew that he was hers. A loving and loyal man that would do anything just to make her happy. “I guess that’s good enough” she reasoned, although a subtle undertone in her quavering voice hinted some doubt “I am just being realistic”. Ideally every woman wants a man with a loving and loyal character, but to what extent is that enough?

That is a topic we deliberated till our mouths grew dry, unquenchable by no number of drinks. Personally I feel like it isn’t. I don’t know if it is my upbringing or just my inbuilt persona, but I have never really been attracted to the typically sexy or handsome men that other women are drawn to. It isn’t about the wealthy men with high-flying jobs and flashy cars either.Instead I seem to be attracted to geeks. Diamonds in the rough. The sort of men that have that understated beauty and mental dexterity that a superficial woman could never appreciate. Why? Only God knows. I guess you could liken it to what Olanna sees in Odenigbo in ‘Half of a Yellow Sun’. Yes, he has great character, but there is also so much more to him. I don’t know if it’s just me but there’s something so sexy about an intellectual man. A man that inspires you and you can learn from, yet doesn’t father or patronise you. Instead he sees your that you are priceless, and admires your unique strengths. That is the sort of man that I am seeking. Not the ready-made millionaire, but the fresh intellectual with limitless potential, an unstoppable drive and a promising future. A man that excites and ignites a fire within me, always keeping me on my toes and moving forward. But am I being too unrealistic in my expectations? Should I just be content with the simple man that loves and treats me well?

Lately I have been questioning my expectations because I met an amazing guy. A true sweetheart. This man had an abundance of love of attention that he was all too willing to shower upon me. When I looked into his eyes I could just see him being an attentive and doting father, and an incomparable lover. The sort of man that any woman would be proud to call hers. But for some reason, whether right or wrong I just wasn’t drawn to him. I felt no magnetic force pulling us together. Yes we laughed, we joked, and we had fun. But fun is all it was and will ever be. And for that reason our encounter left me feeling a tad perturbed.

The women in my life have always encouraged me to want a man not for his looks, or money but for his flawless character. A man that would stand by me through thick and thin; even when it’s my time of the month and I am ranting and raving like a possessed mad woman, he still stays by my side, nodding and smiling patiently to appease his queen. Lord knows that to have such a man would be a blessing, but is it wrong that I want more?

In this time of unspeakable good-man-drought. I find myself feeling a tad selfish for wanting more. Choosing to be with a man just because he treats you well isn’t settling, is it? Or is it just being realistic? Supposing I found a man that had the traits that I seek, such as intellect, ambition and a heart of gold. Am I being realistic in thinking that we could ever live happily ever after?

Something that my friend said to me really got me thinking. She explained that she had just got back from a work-related outing, where she mixed with several of the senior executives of the organisation. She was surprised at how lewd and flirtatious several of the men were. Although they were dressed so smartly in crisp suits and designer-wear their actions on the contrary were animalistic and wanton. Their wedding bands in no way restricting their reckless behaviour. One could only wonder whether their wives were at home waiting for them; cooking, cleaning and blissfully unaware that their hard-working husbands were hard, and working on women outside of the workplace, or whether these wives were fully aware of their partner’s promiscuous ways but had grown hardened to the sad reality that having a successful man means having an unfaithful one.

As she described her experience I couldn’t help but wonder ‘what happened to these men?’ I am sure that for them to undertake such high-flying senior executive roles, they would have to possess some of the traits that I admire in a man such as intellect and ambition, but whether they ever possessed a good and loving character is questionable. Is it possible that they channelled so much of their energy into intellect and ambition, that it compromised their initially good character, resulting in these barbaric and adulterous ways? And if that is the case, maybe my friend is right, and it is more realistic to just decide upon a man with outstanding character, or is this settling?

I know we all have our preferences; maybe it is intellect, ambition, status or physical attractiveness, and although painful one thing we just have to accept is that life and people are ever-changing like the turning tide. And if we choose partners that possess these alluring characteristics then our eyes need to be open to the fact that they could easily change, plus there are consequences; an attractive physical partner is likely to have endless admirers, similarly to one of high social status, or with a flourishing career, therefore they are going to be exposed to people and situations that will test your relationship to its fullest. Every relationship experiences its temptations, but suppose that this is more likely for those certain people with countless alluring characteristics, then maybe the wisest or should I say the safest thing to do would be to choose the man with just the flawless character because at least you know that this is enduring and through the trying times he will make loving you his priority. But why play it safe? Love itself is a risk. What do you think?

Related Topics:Bim Akinmade
Up Next

Triple MG is “Unplugged” for The Redsheet’s 25th Edition