#BringBackOurGirls - Anika Noni Rose: "The World Was Shamed into Being Concerned" 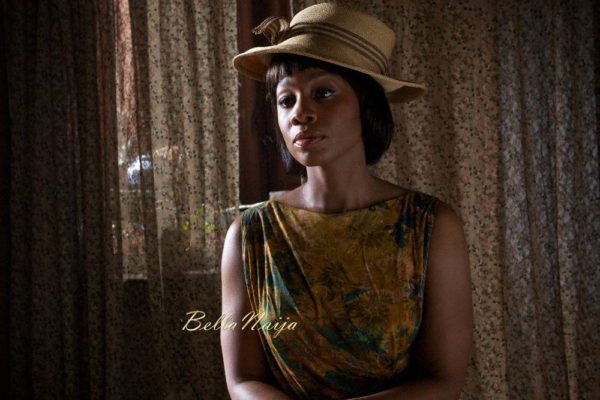 Anika Noni Rose scored herself the role of Kainene, the feisty twin sister of Olanna (Thandie Newton) in the movie adaptation of Chimamanda Ngozi Adichie‘s “Half of a Yellow Sun“. Her portrayal is a sight to behold.

At the press conference in Lagos, the movie’s director Biyi Bandele revealed exclusively to BellaNaija.com that Anika was the biggest diva on set.

In a chat with Essence Magazine, Anika speaks on the movie, her Tony award nomination and #BringBackOurGirls.

On the 200+ Chibok girls abducted, she says;
“It’s awful. The real tragedy is, yes, that the girls were taken at all, but the fact that the world was not concerned until they were shamed into being concerned. That is a perfect example of things that need to be said out loud. Somebody should have been calling those girls’ names out loud, day one, and brought attention to that. Women, young women particularly, but women in general, often get dragged into war. We are not the ones brandishing the weapons, often. We are not the ones making the decisions often that cause war to happen. We are the ones that are dragged in kicking and screaming, either because our children are snatched or we are snatched or rape is used as a weapon. We often are the ones who suffer for that, and I find that atrocious and shameful and sad, extraordinarily sad.”

On the banning of the film in Nigeria: “I say it’s disappointing. You can’t hide history. You can’t. You can put as much dirt over it as you want to, but sooner or later, it’s going to grow through or poke through or blast through. You don’t want it to blast through, because that means you’re now in the cycle of repeat. That’s the reason we want to see history and share history and talk about history so that you don’t get caught in the cycle of repetition. That is for everybody, every human, because we are human and because it is our tendency to repeat. We are at turns wonderful and giving and kind and then the other end we are atrocious and awful and inhumane. Those are the things that we don’t want to repeat.”

On if she can speak Igbo: “My favorite Igbo word was “Mba” which means “No.” It just sounds like it means no. “Mba!”