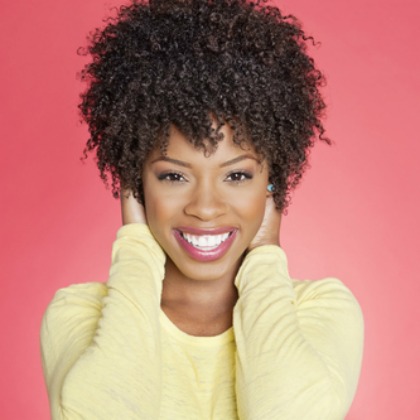 It’s the rainy season, I get that. So, if I do not have an umbrella or a shower cap, I should blame myself whenever the rains take their toll on me. Yes, I should blame no one, but me.

This was the case as I made my way back home after close of work on this fateful Wednesday. Annette, my roommate, was preparing for an ICAN exam, so I planned to give her some space for the next three days. This would entail my staying back at work and getting home late, hoping she would have covered a considerable amount of her syllabus before I arrived to interrupt her.

On work days, I always hitch up for a ride with a colleague, Weyinmi. Since I have to put up with the traffic from Lekki to Ajah, I might as well be comfortable in a car. That being the case, Ikeoluwa (another colleague of mine) and I decided to wait for Weyinmi to pack up for the day, so we could hit the road. The waiting lasted for about an hour.

After maneuvering our way to ditch traffic on some routes, we came back to join the Lekki-Ajah traffic at Chisco. So the journey started. We blasted songs and laughed at funny radio commercials, I sat at the back; lounging, little did I know the nightmare that lay in wait for me.  Weyinmi had drawn our attention to the gathering clouds. “Guys, it looks as if it’s going to rain o!” she had said. Ikeoluwa could not have been bothered; she was already close to her junction. I, on the other hand, had a long way to go, yet I underestimated the weather. It could be that I was in denial because I did not have an umbrella with me, with only my shower cap to serve as a form of covering in the event of rain.

We took great joy in the few instances that the road was free, only to slouch back when we saw another stretch of traffic building. Ikeoluwa got down at the junction leading to her house, leaving Weyinmi and I alone to slug it out from there on. Although the rain showed signs and threatened, I made myself believe it was only a show-off.

By the time we got to Chevron, at 7:30PM, an unusual traffic had built up. We kept moving in a slow pace till we got close to Eleganza, where Weyinmi usually drops me off. I wore my shower cap immediately. By now the rain was drizzling casually. I got out of the car and held on to the hundred Naira note I would use as bus fare to my house. I could see the heavy traffic to Ajah from where I stood. As no bus was calling for passengers, I set my mind on walking to Ilaje, knowing full well that I would spend a longer time at the junction if I waited. So I started the seemingly long journey from Eleganza to Ilaje bus stop. As if the heaven decided to let out its fury, it poured harder. I held my bag close to my chest in an effort to guard it from the vicious pour. I walked briskly as I intensified my pace. Obviously, there would be nowhere to find shelter till the rain stopped. The wind blew hard against me, blurring my vision. I kept walking along the road, as some Danfo buses dragged the road with pedestrians, as if the road was not big enough. Oh, the road really wasn’t big enough. Every vehicle seemed to be looking for a way out of the gridlock.

Boy was I soaked! My bag was dripping. At some point, the pathway was dark, but I kept walking and, by some superhuman power, I did not stumble. The rain still didn’t stop. It was on a mission. Now, my clothes were heavy on me; it was a recycling effect – the more I dripped, the more I got soaked.

In the midst of the heavy downpour, I suddenly saw a ray of light, an illumination from the church at Ilaje. The kind of relief that swept through me is unexplainable. It felt like I had been walking forever. Just then, a bike rode by, like it was sent by some supernatural being to take me home. It is amazing how these bike guys are diligently committed to their jobs—come rain, come shine.

At this point, the rain had started to feel like tiny stones on my body, hitting hard, unrelenting. Even my face was not spared.  I had to ask the bike guy if he could see the road, considering he was wearing a fez-cap. I almost thought the world was ending soon, but I recalled the Holy book stated that God had promised not to destroy the world with rain again. Even more silly thoughts raced through my mind. Maybe God was punishing me for something I had done. I returned the extra change the bus driver gave me that morning na. What could my sin be? I was a mess that night.

I tried to look ahead, but the rain splattered vengefully all over my face as if in a deliberate attempt to make me not see anything. So, I gave up and looked down all through the ride home. I let the bike guy do the trick as long as I got home.

The guy rode gently. I was tempted to give him more than the N100 charge when we got to the gate, but I badly wanted to get warm. So I thanked him repeatedly, as I ran to my flat. My roomie had her ears plugged. She was watching “Revenge” series on her laptop, oblivious to my drenched state—so much for staying back at work to let her study.

As I took off all my garments and had a warm shower, I thought about my ordeal. I could have been a little upset at the vicious rain, but I didn’t think that would achieve anything. So I focused my thoughts on flowers and plants that would blossom; the farmers that would thank the heavens for the downpour. I smiled to myself and went straight to bed.

Move Back To Nigeria: “Do Not Limit Your Scope!” Oladipo Ashafa Shares His Experience in the Oil & Gas Industry

Kevwe Uwisike is a Communications Specialist; a lover of words, PR Girl, Social Media Enthusiast and Content Developer. You may reach her via email on [email protected]