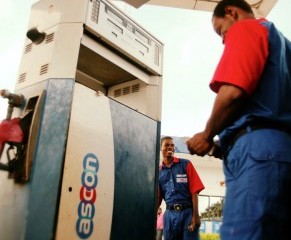 A petrol station project currently under construction along Admiralty Way in Lekki Phase 1, Lagos, has been the source of disagreements among some residents in the area.

Some people in the area are opposing the erection of the filling station, while others are in support of it.

The disagreements among residents which started with protests and campaigns, escalated when those against the plan to build the filling station in the location instituted a court case at a Lagos High Court.

In their case, they  are petitioning against the construction of the filling station for the following reasons from their perspective:

On the other hand, residents in support of the construction of the station, have also presented their viewpoints on the matter. They reportedly interfaced with the promoters of the proposed filling station and are satisfied with the explanations that ASCON Oil put forward.

Under the aegis of “Concerned Residents of Lekki Phase 1 Estate”  these residents have stated that:

BellaNaijarians, what’s your take on this issue? If you lived in the Admiralty Way Lekki neighbourhood, would you be in support of the construction of he petrol station, or against it? Let’s talk about it!