OAU Shuts Down after Tuition Protest, Students to Evacuate Premises 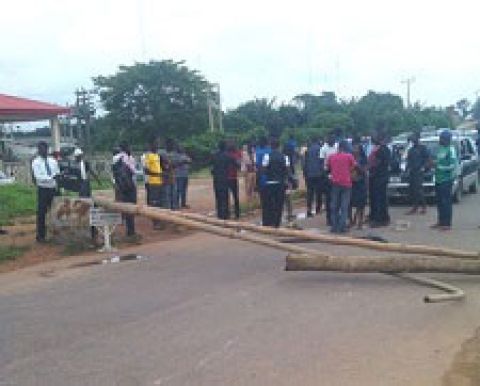 One of Nigeria’s most respected tertiary institutions Obafemi Awolowo University – OAU, this evening announced an indefinite shutdown and ordered students to vacate the premises by Thursday afternoon.

The news comes after the violent demonstrations by students because of the tuition hike by the management of the institution in May 2014.

In a statement signed by D.O Awoyemi, Registrar and Secretary to the university council, it was indicated that the “persistent disruption of normal activities and peace on campus as a result of violent demonstrations by students, led by the Student Union Executive”, fueled the decision.

“Consequently, all students are directed to vacate their Halls of Residence and the University premises immediately and not later than 12 noon on Thursday, 19th June, 2014. Parents are hereby enjoined to ensure that their children/wards comply with this directive immediately.” read the statement.

Related Topics:Obafemi Awolowo University
Up Next