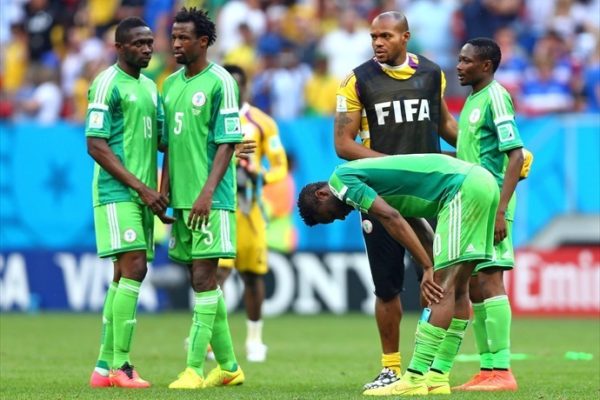 It has been an exciting and history-making World Cup for Africa. For the first time, two teams from the great continent advanced to the knockout stage (round of 16) of the tournament during the same World Cup. Team fights, suspensions and threatened player boycotts aside, Nigeria and Algeria gave a good account of themselves, despite succumbing to last minute defeats.

It was disappointing to note that both teams lost to more illustrious opponents few hours apart – leaving the continent struggling to make an impact on the biggest stage. We can argue that they played better than their opposition and possibly were dealt an unfair card to loose, but the finesse in front of goal of the Africans was poor.

Nigeria lost to France, 2- 0 and Algeria lost to Germany, 2-1, in overtime, and left Africa without a team in the quarter finals for the first time since 2006 (no African team, despite a history of dazzling players, has ever reached the semifinals). Five African teams qualified for the World Cup, with power houses like Cameroon, Ivory Coast, Ghana and African Champions, Nigeria making the list. These are the best teams Africa can offer at the moment and their performance still fell below par.

What are we doing wrong? What edge do European countries have over us? South American countries have players plying their trade in European leagues like we do, so what makes them better? Could it be their effective grassroots development programmes? Their standard local leagues? Or is it their efficient administrative structure and player packages?

At the 2006 World Cup, it was just Togo. Now, three of our African reps, including Nigeria, engaged in some player protest with their soccer federations over money. Riding on previous occurrences, these players are right to be concerned they would never get their allowances.

Cameroon started their roar before their team made the trip to Brazil – with the players demanding their appearance fee for the World Cup up front, in cash. Before their last group game against Portugal, players from Ghana refused to practice and threatened a player strike unless they received their cash. The next day, players from Nigeria also refused to practice and demanded for their appearance fees and performance allowances. Player versus federation spats over player allowances is not new in soccer. But that of the Africans is continuously rearing its ugly head and affecting our performances at international tournaments.

The suspension of two Ghanaian playmakers (Sulley Muntari and Kevin Boateng) hours before their game against Portugal, was no way to get the motivation of the players on a high.

It becomes clear as countries like Belgium are thriving on their youth development programmes that something has to change with the way we manage our soccer. Our local league has to grow with grassroots development at the forefront. In a competition that held so much promise for Africa, they are out.