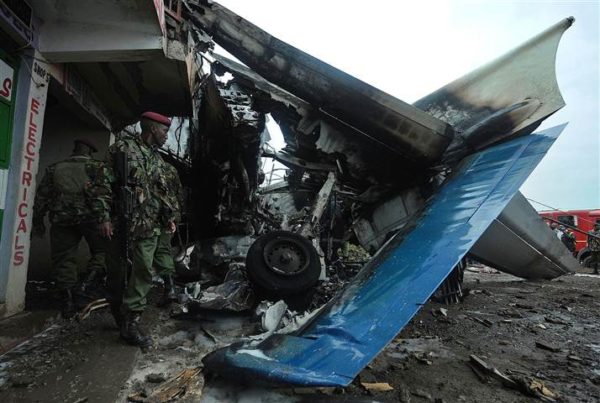 A cargo plane crashed into a commercial building in the Embekasi neighbourhood of Nairobi, Kenya today.

The incident occurred soon after the aircraft took off from Jomo Kenyatta International Airport (JKIA), which is one of East Africa’s busiest airports, NBC News reports.

According to reports, the four crew members who were on board are feared dead.

2Face is Suave for his 6th Studio Album! See “The Ascension” Artwork