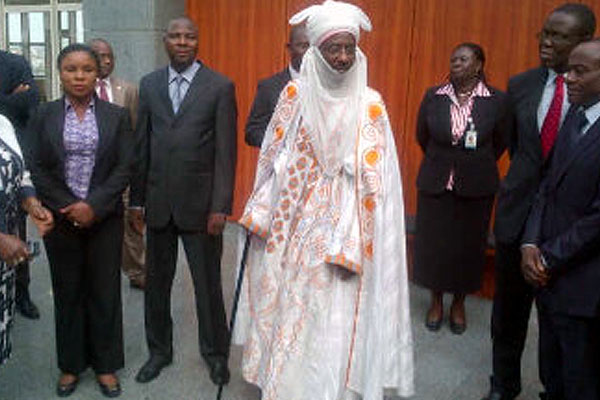 Sanusi Lamido Sanusi, the former Governor of Central Bank, who is now the Emir of Kano, has formally withdrawn his lawsuit challenging his removal as the governor of the Apex Bank.

Abubakar Mahmoud, his lawyer told the National Industrial Court that the Emir wishes to withdraw his case against President Goodluck Ebele Jonathan and two other defendants in the suit.

As Justice Babatunde Adejumo struck out the suit, the defendants did not oppose.

The FG requested that the court should hear its motion challenging the ruling of the Federal High Court which declined jurisdiction in the suit but went ahead to transfer the case to the National Industrial Court.

According to Channels TV, the lawyer to the Federal Government, however, said he would toe the line of the Emir, “if he (Sanusi II) withdraws his other suits pending in both the Federal High Court and the Appeal Court.

The case to was adjourned to November 7 to hear the motion filed by the government and urged the parties to explore an out of court settlement.