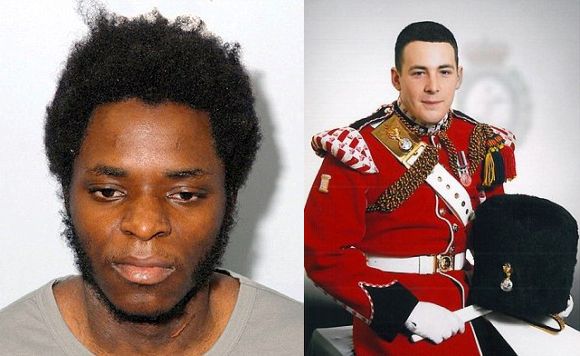 22-year-old Michael Adebowale is a Nigerian man who was given a 45-year minimum term for murdering soldier Lee Rigby in Woolwich last year.

If you recall Adebowale and his friend Michael Adebolajo ran over Lee Rigby in a car before attacking him with knives and a meat cleaver. They were jailed in February.

Adebolajo was given a life sentence.

It was confirmed on Tuesday that Michael Adebowale has been allowed to appeal against his punishment due to mental health problems, for an early release.

He had been serving his prison term at a high security prison but two weeks ago, he was moved to Broamoor Health Hospital for reportedly “hearing voices” and suffering “psychotic episodes”.

Late Lee Rigby’s family has regarded the news as “a joke”.

Daily Mail was first to report the story.

Syria’s Al-Assad to be Sworn in for 3rd Term