This story is quite bizarre.

Senior Italian politician Roberto Calderoli who sparked outrage when he compared Italy’s first black minister, Congolese-born Cécile Kyenge to an orang-utan (a specie of apes), claims he is under siege from vengeful African spirits.

He is considering asking the Pope to recommend an exorcist to fight off the curse.

When Calderoli made the racist statement, he issued an apology and refused to resign. In November, he took legal advice after being charged with defamation aggravated by racial discrimination.

The trial, according to The Independent, is ongoing.

Calderoli now believes that Kyenge’s father, who is a tribal leader, has put an African curse – “macumba” on him as punishment for the remark. 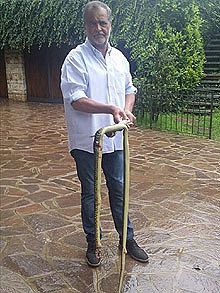 Since his “orang-utan” comment, he has had six surgical interventions, the death of his mother, fractured bones and just a week ago, he discovered a 6ft snake in the kitchen of his house. 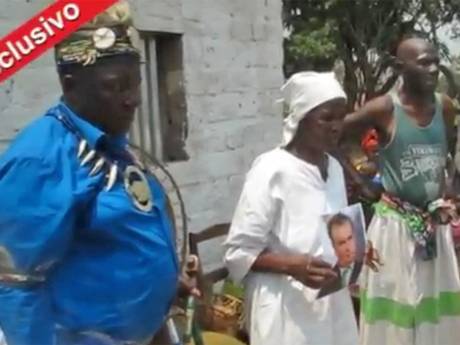 Calderoli’s photo was placed on an enclosed termite mound during the traditional ceremony.

“The photos and the video were unsettling. They put a picture of me in the middle of a termite mound. That is not a friendly message,” said Calderoli to Oggi mag when he saw the video.

He said that after the video, he suffered the health scares and that two friends gave him a lucky charm supposed to possess mystical healing powers but “two days later, it broke in two by itself. A wizard has told me that there are terrible forces acting against me”.

He replied, “A snake in the house is not a good sign and I’m not sure Calderoli did well to kill it. If when he apologised to Cécile he was sincere, he can feel comfortable. If, however, those excuses were insincere, the ancestors might become angry.”