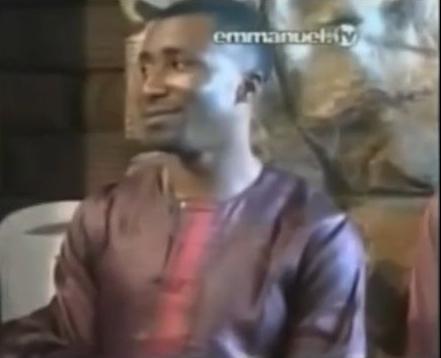 Joshua played back the clip of the “suicidal” act, which was caught on camera. “There is nothing you can do secretly here without being exposed by the Spirit of God,” he commented, reminding people how a security camera similarly captured footage of the building that tragically collapsed.

In case you missed it, The rolling caption in the video above states: “Those who lost their lives in the incident [building collapse] died not in vain but as martyrs of the kingdom of God. As the Psalmist reflects ‘Precious in the sight of the LORD is the death of His saints – Psalm 116:15’.”

Related Topics:Synagogue Church of all Nations (SCOAN)T.B. Joshua
Up Next