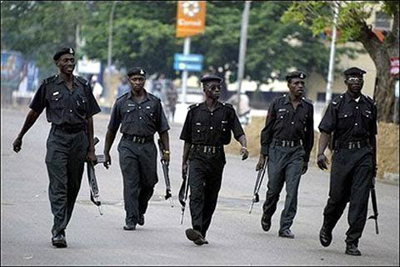 Abuja (NAN) –  The Nigeria Police on Thursday said that the Amnesty International’s report on alleged human rights abuses by the force was full of falsehood, “smacks of indecency and intemperate language’’.

This is contained in a statement signed by the Force Public Relations Officer, Acting Commissioner of Police Emmanuel Ojukwu, in Abuja.

The News Agency of Nigeria (NAN) reports that the Amnesty report entitled, “Welcome to Hell Fire: Torture and other Ill-treatment in Nigeria’’.

Ojukwu, however, said that the report “… smacks of indecency and intemperate language to liken our dear nation Nigeria, to hell fire.

“That cannot be true.  We believe that Nigeria is a growing nation, green and largely peaceful.

“While we do not question the freedom of Amnesty International to earn its relevance and bread, the Nigeria Police takes serious exceptions to some blatant falsehoods and innuendoes contained in that report.’’

It stated that Amnesty did not speak to or interface with police authorities, adding that the report obviously showed the disdain and apparent lack of character on its part.

“Since the dawn of democracy in 1999, the Nigeria Police Force has significantly improved on its human rights records, owing largely to training and retraining, community policing, attitudinal change and structural transformation.

“Of a truth, torture or ill-treatment is not, repeat, not an official policy of the Nigeria Police.

“The Code of Conduct of Officers as well as our Regulations prohibits torture and incivility to members of the public,’’ it stated.

The statement stated that the force was versed in international best practices, adding that the police did not routinely torture suspects as alleged by the body.

“Whenever instances of human rights abuses are brought to the notice of superintending officers, the offending personnel are promptly sanctioned in line with the laws and regulations.

The statement also stated that the police were women-friendly as they did not target sex workers nor routinely adopt rape as a weapon.

It stated that instead the police had established a family and human trafficking unit to protect the rights of women, children and the vulnerable members of the society.

The statement, however, stated that the police would “meticulously’’ scan the alleged report and investigate any current human rights abuses linked to any officer or formation.

It stated that any identified and established case of malfeasance or misconduct would be treated in line with the laws and regulations.

“We crave the indulgence of Amnesty to, for the first time, furnish the police with specific details of its allegations to enable us reach the end of justice for the alleged victims,’’ the statement stated.