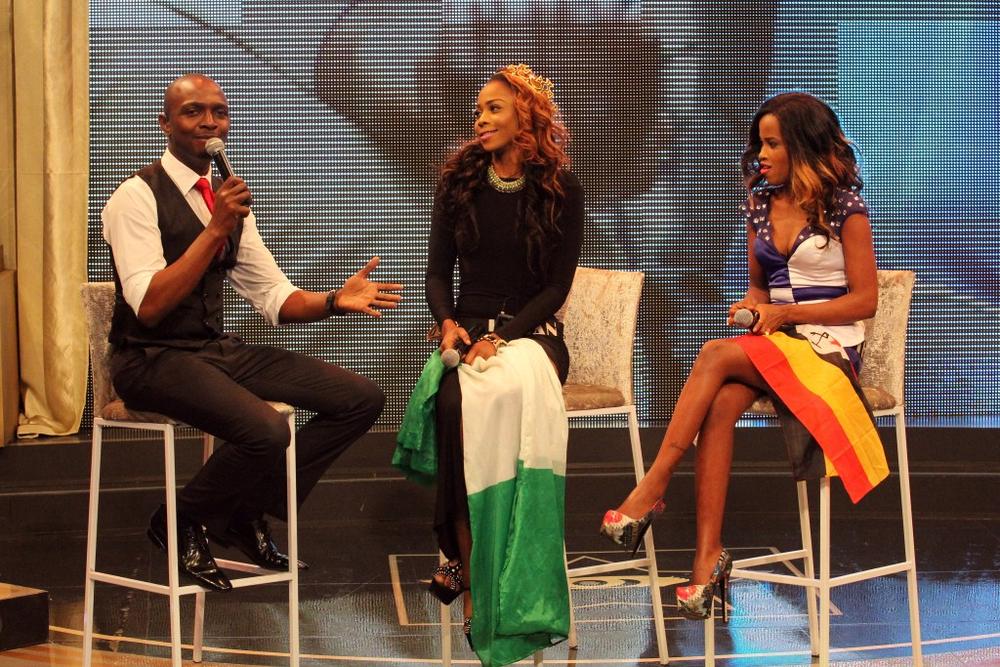 IK Osakioduwa with Lilian from Nigeria & Esther from Uganda

Well it’s now up to Tayo to bring home the cash money and winning title as Nigeria’s female contestant Lilian as well as two other contestants – Esther from Uganda and Sabina from Kenya have been evicted from the Big Brother Africa house.

At Sunday’s live show, in conjunction with the evictions of Resa and Mira last week, mean that five ladies have now been evicted from the Hotshots house – and not a single one of the men! 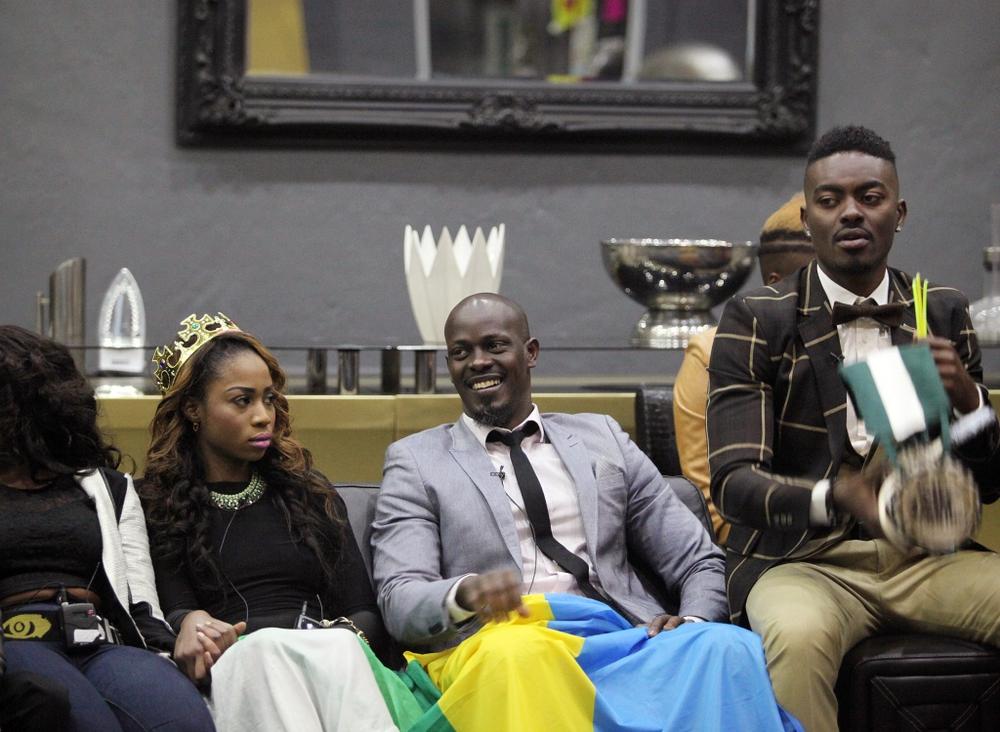 Heading into the house for the first time, IK teased Permithias and Idris about their liaisons with the ladies before asking Head of House Samantha to stand and reveal her ‘add’ decision. She revealed that she had based her decision on the strongest member of the winning Extravaganza group, with Ellah as her choice. After giving several housemates heart-in-mouth moments, IK revealed that Lilian and Esther would be heading home.

The two emerged on stage in high spirits, with Lilian finding the composure to freestyle while IK provided the beat, and Esther saying she’d felt close to Tayo because he shared her straight forward nature. 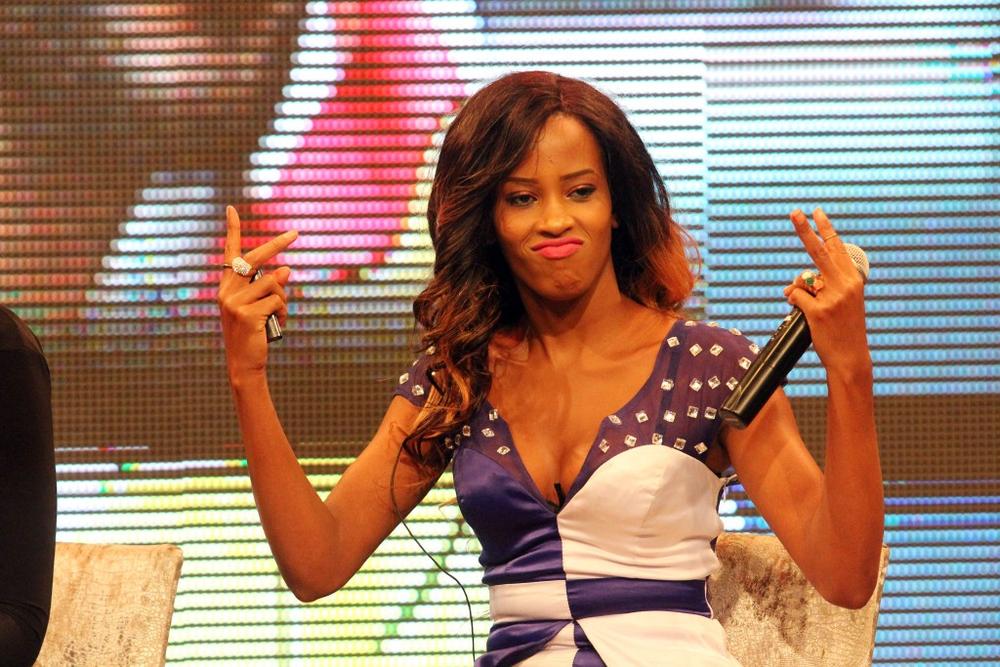 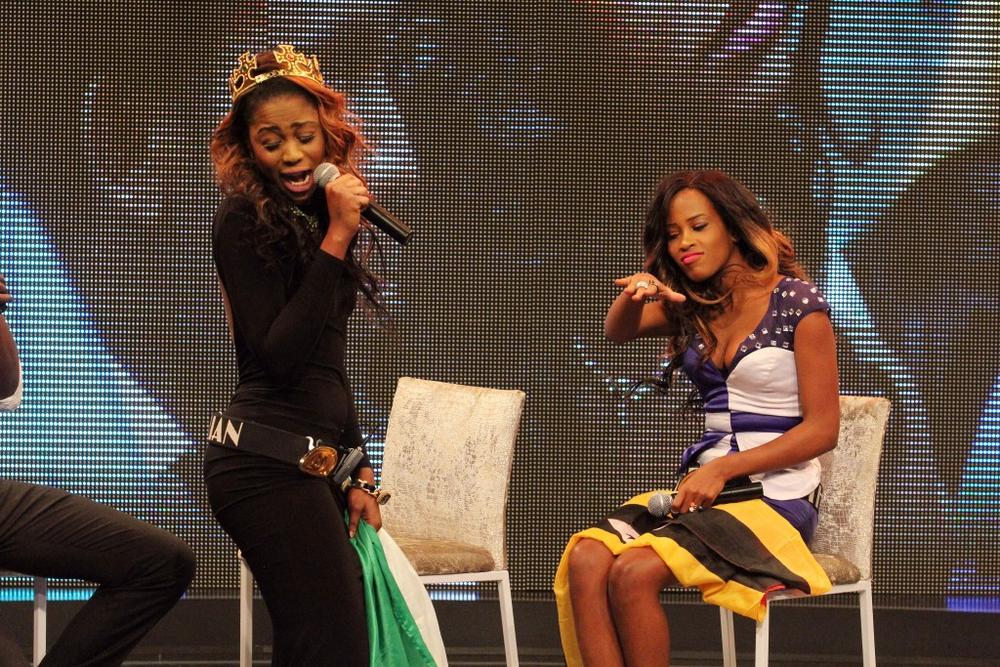 IK also revealed the StarMeter results for the week – a measure of the popularity of the housemates, based on social media buzz. Tayo topped the viewer poll this week – the question being about which housemate has ‘the X –Factor’ – meaning that he will receive a gift this week. The question for the coming week is “Which Big Brother Hotshot is the sexiest?”.

Just as the housemates were relaxing, IK took viewers back into the house and told them that there’d be another eviction, revealing that Sabina was the third housemate to be evicted on the night. Out on stage, the composed Kenyan said she’d connected with Permithias because of his music and his background. She told IK she was still living in hope that there was as second house for evicted Hotshots, but he confirmed that this eviction was the end of the road for her. 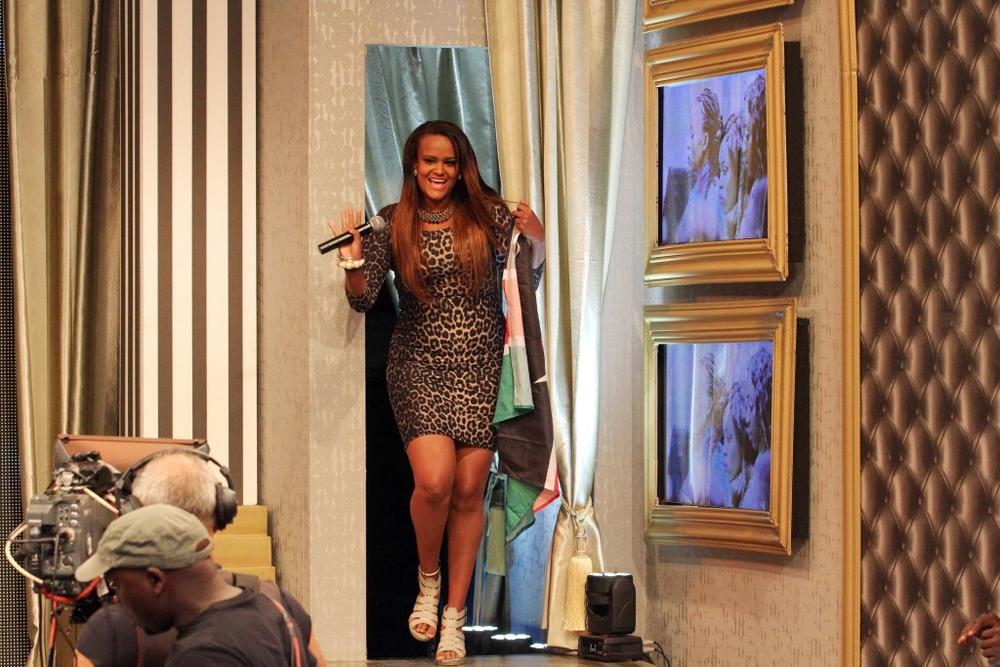 When IK’s face appeared on the house TV a third time, the housemates must have feared the worst – but this time, he was there to deliver good news. He revealed that Team B had won this week’s Extravaganza task with their traditional Bollywood performance, meaning they’re immune from Nomination this week.