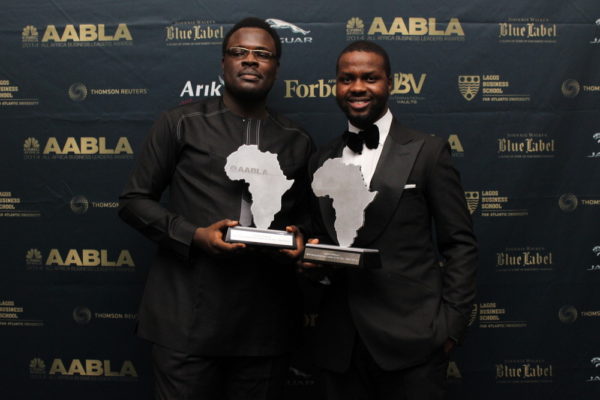 Chude Jideonwo and Adebola Williams have been announced as winners of the CNBC Africa All Africa Business Leaders Awards 2014 – for the Young Business Leader of the Year 2014, West Africa.

This was announced at the awards event held yesterday, Thursday, 23 October at the Oriental Hotel in Lagos, Nigeria.

Other winners announced were Tayo Oviosu of Paga for Entrepreneur of the Year, Arunma Oteh (Director General of the Securities and Exchange Commission, Nigeria) for Business Woman of the Year and Atedo Peterside (Chairman, StanbicIBTC) for Business Leader of the Year.

Big ups to Chude Jideonwo and Adebola Williams, who are making it such that Nigerian youths have positive people to look up to.